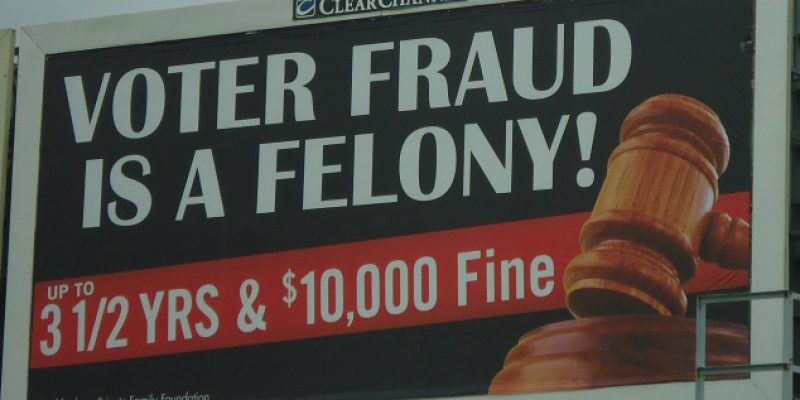 Many may argue that voter fraud doesn’t exist. But Rachel Tobac shows on this video how easy it is to hack into a machine that is used in 18 states– in less than two minutes– using no tools.

At @defcon hacking conference and just learned how easy it is to physically gain admin access on a voting machine that is used in 18 states. Requires no tools and takes under 2 minutes. I’m concerned for our upcoming elections. pic.twitter.com/Kl9erBsrtl

Besides hackable machines, a 2012 Pew Charitable Trust report states that one in eight voter registrations are “significantly inaccurate or no longer valid.”

The report also points out: “More than 1.8 million deceased individuals are listed as voters, and approximately 2.75 million people have registrations in more than one state.”

The problem should be easily fixable. States can audit voter rolls and weed out duplicates and dead voters.

States can ensure that voting machines are foul-proof and fixed, and require voter ID.

Voter fraud is a felony– which can result in jail time and thousands of dollars in fines.

Interested in more national news? We've got you covered! See More National News
Previous Article There are pedophiles in the UK Parliament and no one is doing anything about it [video]
Next Article FL restaurant owner ditches NFL tickets, gives $ to vets instead