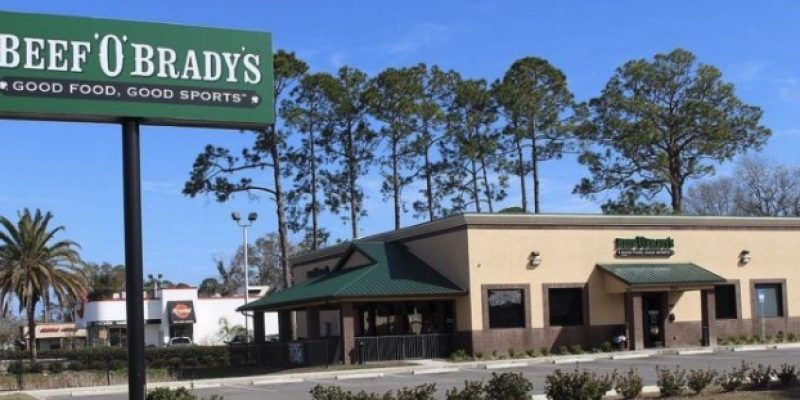 Curtis and Janet West, who own Beef O’Brady’s in Brooksville, Florida, told FOX13 Tampa Bay that they won’t be airing NFL games on Monday nights anymore because of the “disrespect” the players have shown to U.S. troops. They canceled their DirecTV NFL package because players are kneeling during the national anthem.

It’s theme is “good food, good sports.” So, a sports locale, not just any restaurant, is announcing it won’t be paying to air the NFL on its televisions– where customers generally come to watch sports and eat. This is a big deal. The restaurant could take a hit financially.

But it also anticipates saving more than $5,000 by canceling its package. It announced that the savings will be put back into its customers who are veterans. Veterans will receive 40 percent off of food on Sunday game days.

The Wests posted signs explaining the change to customers. It reads:

“Beef O’Brady’s will not be financially supporting the NFL this year due to their lack of compassion and gratitude for our American service members. Our National Anthem is one of the methods we as American citizens have always used to show our appreciation to all military service members, past or present, alive or dead. This tradition deserves respect and unfortunately, the NFL does not feel that same way. So, for this season, we will not be purchasing the NFL ticket. Perhaps, it will make a difference if it hits their wallets.”

“Last year, with the kneeling and the disrespect to our veterans and our flag and our country, I was very upset,” West added. “The money we would’ve spent, we are going to spend on our vets.”

Instead of paying for DirecTV, Beef O’Brady’s will play NFL games airing on local stations.

He says to his patrons– and to veterans: “We are proud to support our troops, we don’t kneel, and thank you for your service.”