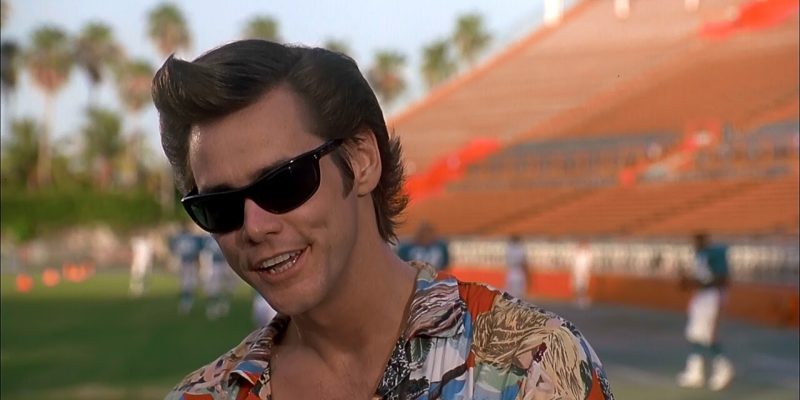 Ace Ventura Pet Detective star Jim Carrey has been anything but silent in his opposition to the sitting President and his administration. Carrey has taken up painting in the latter years of his life, and has used this outlet to channel his political discontent. However, a recent painting’s message is much louder than his prior works. Mr. Ventura has now called for figuratively burning the President at the stake.

This is not necessarily off message for the comedian, but certainly a more radical version of his opposition. It is rather unlikely that Carrey will receive any real criticism for the violent, murderous depiction of his national leader. In truth, it is more likely that he be celebrated. Some of the responding tweets confirm this.

Of course, artistic protest is a right that every citizen has. Carrey did say “figuratively” in his tweet, so I guess that is a get out of jail free card for his painting being a call for violence.

What is maybe most unfortunate about this event is how it is not that surprising. This is how political disagreement is handled today. Little time is taken to sit down and have a discussion like proper ladies and gentlemen. Cool headed, back and forth argumentation was once a cornerstone of our bipartisan system. Rational discussion permeated throughout the culture on a wide variety of affairs. Everyone will have their biases and certain stubborn mental blockades, but individuals could still enjoy the warmth of another’s company despite unsettled ideological differences.

Those times seem a bit fantastical, as if memories are playing tricks on the mind and this never actually was the way things were. The deeper America dives into this worsening state of civility, the more questionable these memories are to become. The innocent youth of today may take such historical suggestions as old wive’s tales, knowing that grandma and grandpa like to fluff up the details for the sake of a good story.

Hostility is the new normal today in America. Cultural beacons like Hollywood confirm this. A time may once again be found when reason and rationality is what settles differences between the various political allegiances. Yet, as more time passes and more of Carrey’s artwork is published, such a utopic sounding future does too start to sound like an old wive’s tale.