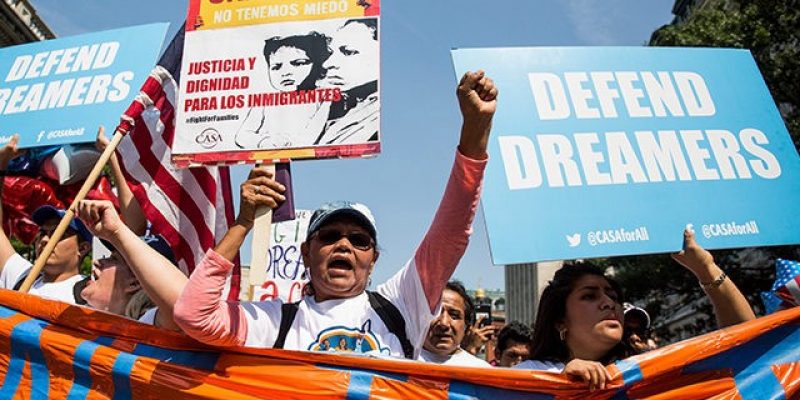 The judge ruled in April that the government must resume accepting DACA applications, but gave the Department of Homeland Security 90 days to provide a legal justification for ending the Obama-era Executive Order, which prevents deportation of 700,000 so-called “Dreamers.” Bates denied the Justice Department’s request to reconsider, UPI News reports.

“The court has already once given [Department of Homeland Security] the opportunity to remedy these deficiencies — either by providing a coherent explanation of its legal opinion or by reissuing its decision for bona fide policy reasons that would preclude judicial review,” said Bates, “So it will not do so again.”

Executive Orders are only as good as long as the president is in office. Barack Obama’s effort to circumvent the law could only last as long as he was in office, or as long as it was challenged by Congress or the courts.

The law already defines illegal alien status, which must be enforced. Those here illegally, by their own actions and admission, and by definition of the law, are not in the U.S. legally, and therefore according to the law must be deported.

There is no point in having a law if it is not enforced. DACA does not enforce federal law. It circumvents it. Illegal aliens are continuing to be used as pawns, instead of people. They provide cheap labor without the benefits and protections of citizenship. Legal immigrants are afforded protection under labor laws, human rights laws, and all civil and criminal laws.

Illegal aliens are documented citizens of other countries who have entered the U.S. illegally, and by violating the law by de facto should not be receiving federal benefits, or legal protection to stay in a country whose laws they disrespect by first violating them before anything else.