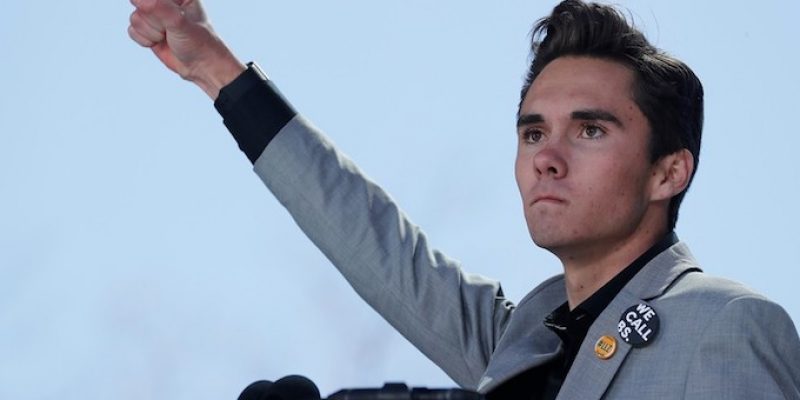 Mini-Hitler David Hogg who has propelled himself to the national spotlight as a “gun control” advocate, used “armed security” amidst a protest that took place on Saturday outside of the National Rifle Association (NRA) headquarters its Fairfax, Virginia.

The NRA was quick to point out Hogg’s duplicity. The NRA tweeted:

Today, @davidhogg111 (with armed security) and a bunch of gun-grabbing activists protested our empty HQ, and there were some interesting people there. Our social team chatted up the crowd and ended the day with ice cream paid for by @Everytown! Stay tuned for video interviews! pic.twitter.com/kIhcWZ28dJ

The NRA also posted a photo of Mr. Hogg getting into a black vehicle protected by armed guards.

Hogg did not contest the NRA’s claim or reply to it.

There was also no bloodshed committed by anyone at the protest, including NRA employees. The NRA clarified:

“Our social team chatted up the crowd and ended the day with ice cream paid for by @Everytown! Stay tuned for video interviews.”

When @NRA employees take ice cream from @Everytown to own the libs. https://t.co/QcDwOxUmuT