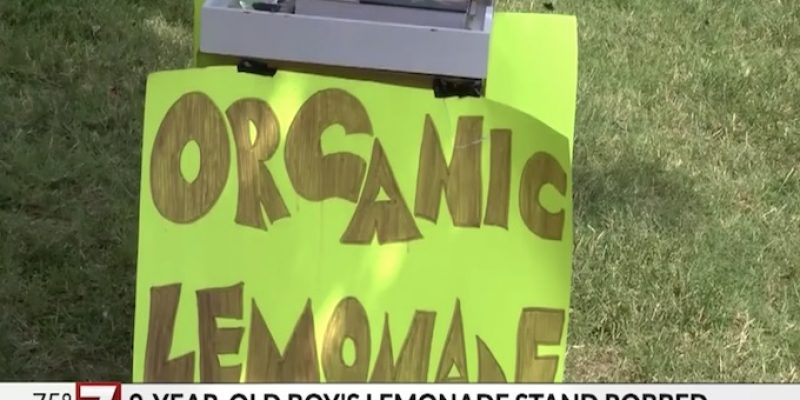 Police in North Carolina are searching for a suspect who allegedly robbed a 9-year-old boy at gunpoint– for change from his lemonade stand.

The Union County Sheriff’s Office in Monroe, N.C. said he was approached by a teenager who allegedly pointed a gun at the boy’s stomach, demanded that he give him his lemonade stand money ($20) and then fled the scene on foot. The boy was not injured in the incident.

The suspect was described as a black teenage male who was wearing a camouflage hat and black t-shirt.

“While searching the area for the suspect, deputies located a trail in the woods where a camo hat, a black colored BB handgun and the stolen metal tin were recovered,” the Union County Sheriff’s Office said in a statement. “Deputies believe the suspect left a bicycle and walked from there to the lemonade stand before the robbery.”

“I’ve never heard of a lemonade stand robber,” Sheriff’s spokesman Tony Underwood told WSOC-TV. “I think people are capable of a lot of things but not robbing a child at a lemonade stand. That one takes it to a new level.”

Interested in more national news? We've got you covered! See More National News
Previous Article Irony: Mini-Hitler Hogg goes to protest NRA with ARMED SECURITY GUARDS
Next Article BOYD: Why You Should Be Worried About The Silencing Of Alex Jones