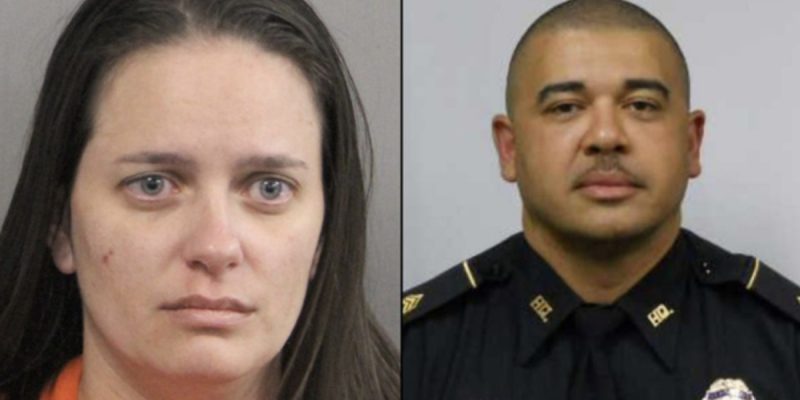 On June 17th, Jefferson Parish Sheriff’s Office Sergeant and former NOPD SWAT operative Troy Smith was found dead in his house with a single gunshot wound to the head. His wife, Shantel Paria-Smith was taken into custody on July 11. A judge found probable cause to hold Paria-Smith for the killing despite her claims Troy Smith shot himself.

Jefferson Parish’s 911 operators received a call immediately following his death by his wife, who, crying, claimed that her husband has just shot himself. The allegations of this death being self-inflicted were not without base, as Smith was said to have suffered from depression and post-traumatic stress disorder, his mental struggles paired with the fact that the couple’s marriage was suffering. Neighbors report the two were heard arguing minutes before the officer’s death.

Court officials revealed that, while Smith was accused to have been intoxicated at the time of the incident, his blood-alcohol level was .05, which is under the legal limit. Paria-Smith was also reported to have changed her story regarding the events of the night 16 times and is even alleged to have told a witness she was in fact Smith’s killer.

As far as the gunshot wound goes, forensic officials are still unclear as to the entry and exit point of the shot, but it most clearly appears that the bullet entered the back of his head, fired from about two feet away.

Yesterday, Jefferson Parish courts ruled that the evidence in favor of murder outweighed the evidence of Troy Smith’s death being a suicide. Paria-Smith is charged with second degree murder, with a posted bond of $5,000.

This incident comes on the heels of 2016’s murder spike in Jefferson Parish, which accompanies Louisiana’s ever-climbing murder rates state-wide. According to crime stat website NeighborhoodScout, violent crimes in this state annually reach nearly 4-digits—hundreds of violent crimes and murders occur in Louisiana each year. Southeast Louisiana, namely the New Orleans and Baton Rouge areas, host a majority of these reports. Not-so-coincidentally, these are two of the bluest cities within the state. Louisiana leadership has much work to do regarding criminal reform—lives depend on it.