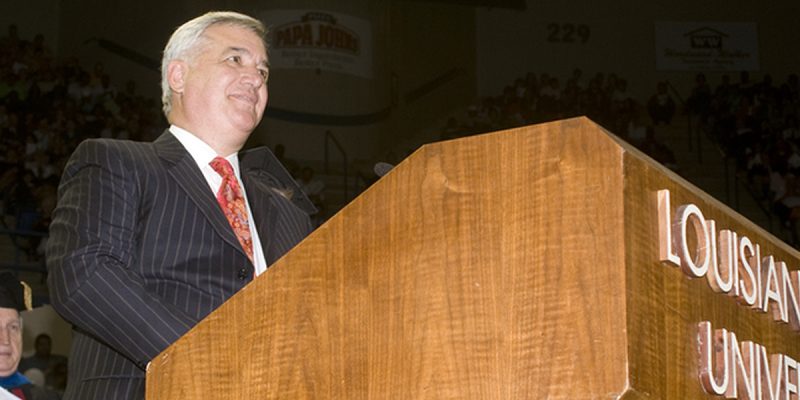 After a weekend of speculation and rumor-milling that he would jump into the 2019 gubernatorial race, and as a Republican at that (which would make for some vigorous explanations given campaign contributions to Maxine Waters in March of this year and having bundled $2 million to the Hillary Clinton campaign in 2016), former Shaw Group CEO Jim Bernhard said today he’s not going to run.

Jim Bernhard has put to rest rumors that he is planning to run for governor in 2019, saying unequivocally he will not get into the race.

The Democratic businessman, who founded and now runs the $2 billion private equity firm Bernhard Capital Partners, says it was important to address rampant rumors of his candidacy, reported recently by some media outlets. He says investors were even starting to call with questions.

“Sometimes these things take on a life of their own,” he says. “I read so many articles about my running for governor [that] I thought maybe I woke up in the wrong mansion.”

Bernhard, who founded and ran The Shaw Group until its acquisition in 2013 by CB&I, says he will support fellow Democrat and incumbent John Bel Edwards in next year’s race, assuming the governor seeks reelection, as is widely expected.

“I think he has taken a bad situation and kept the boat from sinking,” Bernhard says. “He was dealt a bad hand and it looks to me like we’ve fixed a few things and moved forward.”

Our sources tell us there was a lot more to this than Bernhard having read a few articles. For example, over the weekend in Grand Isle at the annual CCA fishing rodeo, where is commonly traded much political insider gossip, the word was that Bernhard had surrogates pumping oxygen into his potential candidacy – and particularly among Republican politicos and donors.

But, our sources tell us, the general reaction to the idea of Jim Bernhard The Newly Minted Republican Gubernatorial Candidate was…lukewarm at best. He was going to be a tough pull as a conservative challenger to John Bel Edwards – a simple search for his name at OpenSecrets.org was bound to uncover more than enough evidence that putting an “R” next to his name would be essentially a bald-faced lie.

We’d speculated about Bernhard mounting an independent run a few weeks ago, and not with a particular fondness for the idea. It appears our sentiments didn’t go unshared by others.

Bernhard’s doing quite well in his current role as a business leader and investor. Let’s hope he stays in that lane.