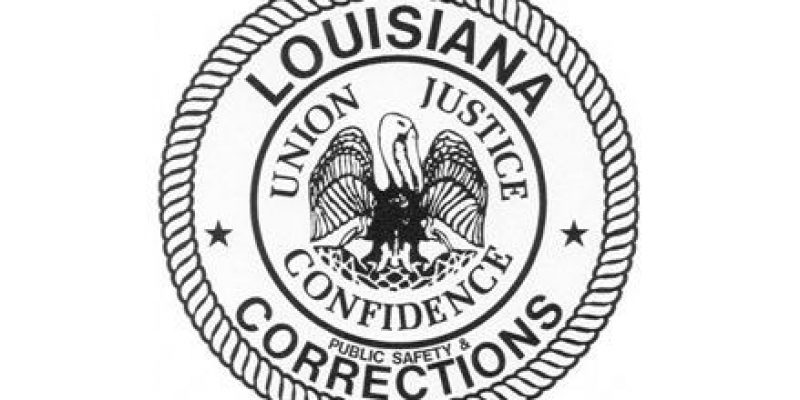 Act 280, The Justice Reinvestment Act (JRI), sought to reduce the state’s highest-in-the-nation incarceration rate and reinvest funds into re-entry and workforce training programs. Act 280 modified the “good time rate” for offenders serving time for non-violent and non-sex crimes. As a result of its initial implementation, 1,952 offenders were released on the effective date of the bill, November 1, 2017. Many were released only 30 to 90 days earlier than under the previous law.

According to Gov. John Bel Edwards Office, 19 percent of those released through the program in the first year have been rearrested, compared to the national average of 44 percent. The State Department of Public Safety and Correction (DOC) detailed results of the first year of reforms in a recently published report, stating that the recidivism rate within nine months was 6.1 percent. Roughly 70 percent of those violated their parole or committed new crimes after their original release date. The DOC calculates recidivism based on one year’s worth of data.

“Criminal justice reform was the product of study, deliberation, dialogue and compromise,” Edwards said in a post on Facebook. “Its passage was a bright moment for the state because the process that produced it was a shining example of how our democratic system is supposed to work.”

Two of the state’s more outspoken Republicans, U.S. Sen. John Kennedy and Attorney General Jeff Landry, claim that the DOC is incapable of responsibly determining which prisoners should be released. They point to the high profile cases of Daniel Alston, Ricko Canaz Ball, Alton Brooks, Reginald Capers, and Smokey White, who committed crimes after their release, and Paul Jackson and Richard McLendon, who were arrested on murder charges not long after their release.

District Attorney General Ricky Babin of the 23rd Judicial District, who heads the Louisiana District Attorney’s Association (LDAA), recently told WBRZ-TV, “I’ve seen no evidence this program makes our streets safer.” Members of the LDAA have argued that more than 20 percent of the inmates released on Nov. 1, 2017, were rearrested for committing crimes shortly thereafter.

“Good time release is a mechanism that has long been a part of the Louisiana criminal code,” DOC Secretary Jimmy LeBlanc said in a statement. “The district attorneys state that some should have been released but that others should have been screened/not released. This statute has long been in existence prior to the JRI reforms.”

LeBlanc also blames district attorneys who regularly “plead people down to lesser/non-violent offenses in order to get a high conviction rate.” By choosing to do so, “they cannot complain when the law governing the conviction imposes a shorter sentence than that of the original charge.”

LeBlanc points to the case of Jackson and McLendon, who are accused of murder and who have extensive prior arrest records, including several prior suspended sentences, for which neither served prison time.

“The DAs could have at least prosecuted these individuals at a point in time which could have possibly prevented further crimes,” LeBlanc said. “Once actually convicted, both of these offenders spent all of their prison time in local level facilities, and never went through a state reception center, where they could have benefited from state programming.”

The DOC says that the reforms have saved the state $12.2 million over the past year, roughly doubling original projections. It projects that over the next decade, the state is expected to save $262 million and reinvest 70 percent of the savings into programs and policies to reduce recidivism and support victims of crime. The state’s prison population is now the lowest in 20 years, and Act 280 reforms are projected to reduce the state’s prison population by another 12 percent over the next decade, it adds.

Kennedy’s lengthy letter to President Donald Trump addressed a bigger problem than the state’s recidivism rates. He lists a history of alleged fraud, mismanagement, theft, nepotism, and overall negligence committed by state officials, and specifically by the Department of Corrections and its secretary, LeBlanc.

Examples of the alleged negligence and poor management that Kennedy lists include the alleged regular release of inmates convicted of violent crimes and sex offenses who were allowed to leave prison for field trips. Prisoners were transported to play music at nursing homes and interact with children at a park, trips that were canceled after a WBRZ-TV News report.

Kennedy also pointed to a State Legislative Auditor’s Office (LAO) report, which revealed that the DOC does not keep track of all inmates in the prison system. The LAO reported that 11 percent of inmates could not be found at the prison listed in DOC files and that it has difficulty calculating accurate release dates.

The LAO also identified $3.6 million the DOC spent on updating an inmate tracking system, which it stopped using after six weeks.

Kennedy highlighted abuses committed within the Louisiana State Police, including the use of state funds to pay for personal expenses, unsuccessfully attempting to push through a $300,000 retirement boost to top leaders, and taxpayer-funded trips for troopers to Las Vegas and the Grand Canyon.

Kennedy also cited numerous examples of alleged corruption associated with the longtime Angola State Penitentiary warden Burl Cain, who resigned in 2016. The Advocate newspaper, Kennedy noted, described DOC’s staff chart as a “genealogical exercise” because so many relatives of Cain’s and LeBlanc’s are on the state’s payroll.

Republican State Sen. Conrad Appel said the effectiveness of anti-recidivism programs “may not matter anyway. We can train and engage soon-to-be-released felons all we want, but if there are no jobs for them, there is no doubt that these folks will quickly revert to the life that landed them in prison to begin with.”

In a state ranked the fourth-worst in the country to find a job, Appel argues, “If this state cannot provide a growing economy that creates room at some level for ex-convicts, most with limited skills and limited work experience, then we are just fooling ourselves. Clearly, the governor is focused upon reducing prison population in isolation. That was his promise and that is what is happening. The real issue, the one the media avoids, is that at the same time he has demonstrated no vision for how to grow the economy. This failure to create work opportunities for released felons will in short order provide for high levels of recidivism and an increase in crime.”