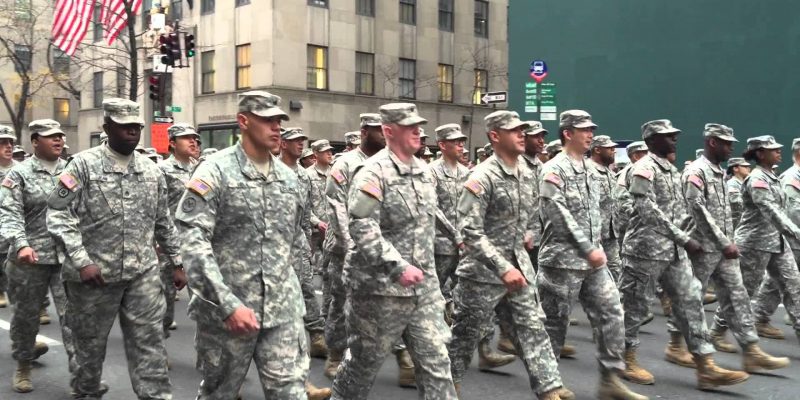 The Pentagon announced on Thursday that Trump’s highly anticipated military parade has been delayed to some yet determined date in 2019. The parade was originally scheduled for November 10th of this year. This would have placed the parade the day before Veterans Day.

While conducting the military parade the day before Veterans Day makes sense, this time of year does bring with it some risk. The midterms will conclude on November 6th. Scheduling the parade right after a potential major victory or loss for Trump and the Republican Party is taking quite the gamble.

On the one hand, it could be a marvelous show of strength at the crescent of a red wave. On the other hand, the impact of the parade may be entirely deflated by a blue wave in the midterms. Instead of being celebrated, the parade would be highly criticized as a false show of strength from a retreating political force.

The timing is critically important, and it appears as if the Trump administration is aware. This will be the first major military parade since 1991 with the conclusion of the Gulf War. The stakes are high. It is either boom or bust. Delaying the parade to 2019 will likely go down as a smart strategic move.

Some news outlets are counting every dollar that may be spent on this endeavor. Starting estimates of $10-30 million have since jumped substantially to somewhere north of $90 million. Curiously, no coverage has, instead of talking about this as an expense, referenced this as an investment.

It is quite plain what Trump is doing, at least in part, with the military parade. He is investing in the American spirit. He has done this repeatedly throughout his time in office, and this is perhaps an area where he has arguably had the most success. A military parade would likely be his greatest single investment into the soul of the American people yet.

Already, anyone with eyes open wide enough can see the surge of patriotism coming from the Trump voter base. His speeches across the country pack the halls and stadiums with die hard patriots and real believers in the America first mentality. Average Americans are dedicating their weekends to grassroots inspired rallies in our nation’s honor.

For this surge in American pride, the President has been consistently loathed by his opposition. Democratic figures and their friends in the mainstream media are relentless in their attack of a man who day after day stands by the average American. Seemingly yet to be grasped by these die hard critics is how they are doing Trump’s bidding for him. In so many people’s eyes, Trump is their hero and the shining beacon that will bring America back to its former glory. With every mindless attack on Trump, these characters persuade more and more reasonable people to migrate to the Trump camp.

Trump’s parade is another brilliantly inspired spectacle that will provoke the deranged media to spout more insanities. One can already see the headlines on the day of the Trump military parade. “Fascism In America” “Trump Preps For A Military Coup” “Hitler Reincarnated” “The First Step To Dictatorship” “Putin Now Controls The U.S. Military”. Wild accusation will likely press much further than depicted here. All the while, Americans will celebrate a great display of national spirit. Patriots will feel deeply connected to one another, unifying around a central idea of being proud to be an American. Thus the headlines by fake news outlets will only further alienate them from the public.

Americans want to be a part of something bigger than themselves. This military parade will surely be an event to behold, and an avenue to embrace a greater national identity. The President has waged a ceaseless culture war against anti-American forces. The celebratory march of America’s military might, whenever it happens, will be a substantial blow to the corrupt counterculture that persists within the nation. Even more importantly, it will nourish the American heart with an undying love for one’s country.

Interested in more national news? We've got you covered! See More National News
Previous Article One year after prison reform, new law’s effectiveness is debated
Next Article Despite All The Hype You Hear, Rasmussen Has The Generic Congressional Ballot As “Dead Even”