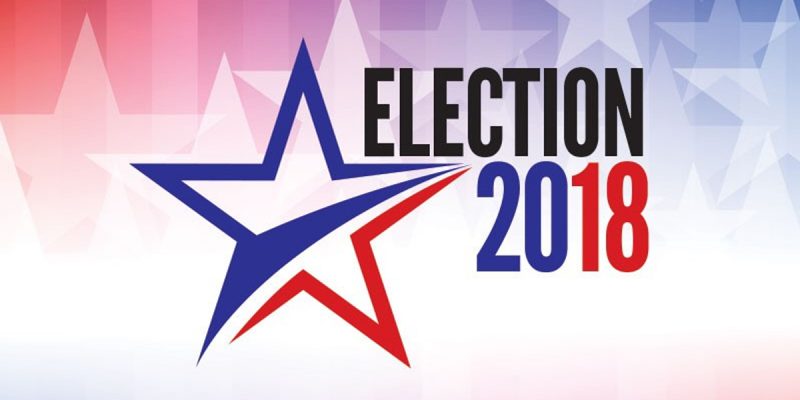 The incessant talk about a “Blue Wave” in this fall’s midterm Congressional elections has been, it’s our theory, the partisan Democrat media’s embrace of a “fake it ’til you make it” strategy. And we’ll take today’s release of a Rasmussen poll disputing the “Blue Wave” as evidence we’re right.

For the first time in months, Democrats and Republicans are tied on the Rasmussen Reports Generic Congressional Ballot.

The latest telephone and online survey finds that 44% of Likely U.S. Voters would choose the Democratic candidate if the elections for Congress were held today. Another 44% would now opt for the Republican. Three percent (3%) prefer some other candidate, and eight percent (8%) are undecided. (To see survey question wording, click here.)

This is the first time the parties have been tied since May. The Democrats regained their lead in early June and have maintained it since then. In early July, Democrats led by eight, their largest lead since January.

A couple of things should be said here. First, voters don’t really engage in congressional elections until Labor Day, so generic-ballot polls like this will vary widely in their results and shouldn’t be taken all that seriously.

And second, generic congressional ballots are of minor value anyway, since what matters isn’t a generic ballot but an actual race. The Democrats will have candidates in all these races, and so will the Republicans. And while there are lots of partisan voters out there, the deciding votes in congressional races usually turn on the actual people running.

The Democrats seem to have two species of candidates running in these swing House districts. Some of them are Hard Left socialists a la Bernie Sanders and Alexandria Ocasio-Cortez, and very few of those will win in purple districts. Others are, at least on the surface, relatively centrist-looking candidates who are overwhelmingly female and while they might be somewhat reasonable-sounding on taxes and economic policies they’re extreme on the cultural issues.

There are very few true Blue Dogs like the Dems ran back in 2006, which was the last time they had any real success in a midterm election. They also lack an issue to drive undecided voters in their direction like they did back then when the Iraq War was turning politically toxic. Most of the country is tired of the Trump impeachment circus which seems to be all the Democrats care about.

If that was really worthwhile as a political hat rack, you’d see better numbers than you do right now. And the Cohen and Manafort developments yesterday, which NBC News called “the darkest day for the presidency since Watergate” in a laughable overreach, happened far too soon to affect the midterms. Paul Manafort was found guilty on a spate of tax evasion counts which have nothing to do with President Trump, while Michael Cohen’s guilty plea that included an allegation Trump told him to pay off Stormy Daniels in order to help his campaign isn’t going to move any voters’ minds – everybody knew that was probably true from the beginning, and people expected it. Nobody is going to believe hush money to a porn star is impeachable after what Bill Clinton got away with.

But still, it’s far too early to know. At the moment what appears to be true is Democrats are more excited to vote this fall than Republicans are, though independent voters still seem to be trending more Republican than Democrat. We’ll see if that perceived engagement gap is still true after voters get to know the candidates in these various races and when the public sees how the economy is doing in the third quarter. If it is, the Democrats might pick up a few seats and challenge for a House majority. If not, this Blue Wave will be plenty of nothing come November.