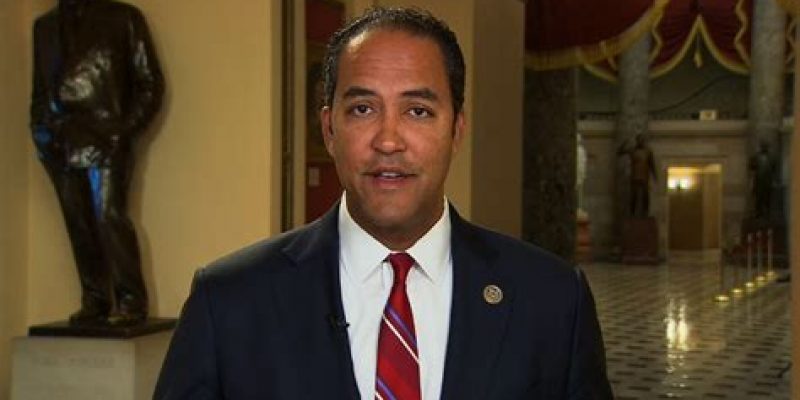 For better or worse, the Republican Party has become the Trump Party. Many voters are incredibly passionate about this transition on the right. However, there remains those who are not so enthusiastic. This seems to be the case with some Republican establishment figures, several of whom are leaving office this November on their own accord. Yet, there remains a wing of Republican officials up for re-election that have stayed strong in their vocal resistance to the Trump influence. Will Hurd is one such political figure.

It is tough to tell with some of these bureaucrats what is driving their message. For some it is surely a strong core of principles that, as beings of conviction, they wouldn’t dare stray far from. For others, the region of the country that they represent could be a major influence on their platform, knowing fairly well that some policies just will not gather support from this base of voters. It is tough to know for certain to what degree the two possibilities presented influences each Congressman. For Rep. Will Hurd, it is more than plausible that the region of Texas he represents is a constant constraint on his message.

Hurd is up for reelection in the Texas 23rd District, spanning from El Paso to San Antonio, covering altogether ⅓ of the United States-Mexico border. Knowing how vital the border wall has been to the President’s message, this region’s compliance is crucial for the administration’s agenda. Nevertheless, Will Hurd has spoke out directly about Trump’s border wall, calling it a waste of taxpayer money and denying that it would help curb illegal immigration into the country.

There is possibly no greater way that a Republican in Congress can oppose the President than by counteracting his immigration agenda. For greater national politics, Hurd is thus a thorn in the side to the dominant Republican effort. However, it is worth contemplating if the Congressman really has much of a choice. Mr. Hurd recognizes, “Regardless of what I do, I have half the district upset with me.” The democratic effort in Texas is nowhere as potent as it is from El Paso to San Antonio. It is possible that some of Hurd’s centrist leanings are in response to understanding his region.

Is his immigration platform good for the greater national effort of the Republican party? For Trump supporters, likely not. However, neither is seeing the democratic opponent being elected in his stead. Hurd only ousted the Democrat opponent Gallegos in 2016 by 1.3% of the vote. Already, 2018 democrat candidate Gin Jones has generated $2.2 million since she entered the race, which is more than Gallegos raised in his entire 2016 campaign. The 23rd district is without a doubt a battleground for the two parties, and for a democratic foothold in Texas.

Outside of Immigration, Hurd has been a reliable Republican vote in Congress more than 90% of the time. Even though he may not be the quintessential 2018 Republican image, he is still the best case scenario for right leaning sympathizers. This does not mean that his message is going to be inspiring enough to garner the voter turnout in a very polarizing time for the nation. His pandering to the other side of aisle on key issues is a strategy that may very well make or break the Congressman’s reelection effort.

It may gut wrenching for Republican Party loyalists to see Hurd gladly fraternizing with the left, like when he took a road trip through Texas with now Democratic nominee for Texas Senate Beto O’ Rourke. It may be even more unpalatable for such loyalists seeing how well they get along, so much so that Beto said of Hurd, “If you’ve got to spend 31 hours in a car with somebody, I can’t think of anyone better.”

On the contrary, there may be Republicans that like to see a candidate reach across the aisle in attempt for a bipartisan symbiosis. Mr. Hurd’s cavalier strategy in such a polarizing time will reveal it’s effectiveness come this November.