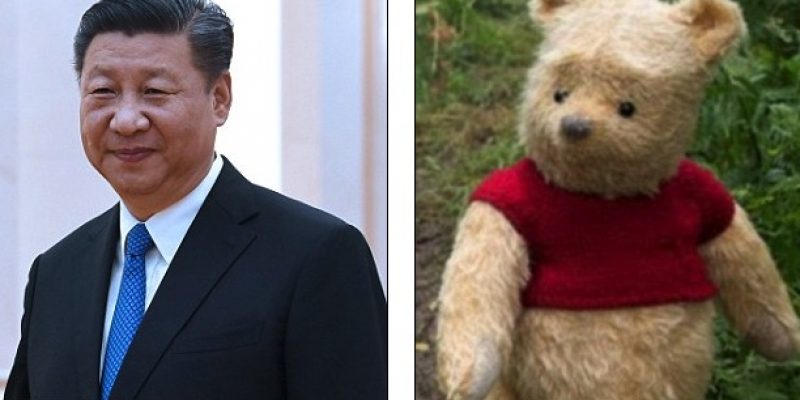 The beloved story of Winnie the Pooh is now on the big screen but not in China– why? Because Pooh looks like China’s dictator President Xi Jinping!

Imagine– a beloved stuffed animal and story character is demoted to look like one of the greatest human rights abusers in the world! How insulting to Pooh! But it’s more than that– Winnie the Pooh is a symbol of dissent against Chinese dictatorship.

The Hollywood Reporter first broke the news that Disney’s Winnie the Pooh film, ‘Christopher Robin’, has been denied release in China. The film is an adaptation of AA Milne’s classic story about a honey-loving bear who befriends a boy named Christopher Robin. Robin plays with Pooh and his friends, Eyore, Tigger, and Piglet.

“While no official reason has been given, Chinese President Xi Jinping’s appearance was previously unfavourably compared to Winnie the Pooh’s, prompting a large-scale crackdown on the honey-loving cartoon bear.”

It gets worse– people have compared Pooh’s friend Tigger to Barack Obama– how insulting to Tigger! Stop the madness!!!

“Comparisons between Xi and Pooh first emerged in 2013, after Chinese social media users began circulating a pair of pictures that placed an image of Pooh and his slender tiger friend ‘Tigger’ beside a photograph of Xi walking with Obama,” the Daily Mail reports. 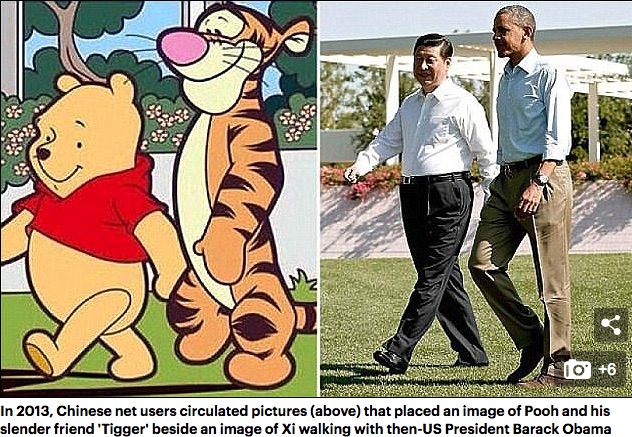 In 2014, a photographed handshake between Xi and Japanese Prime Minister Shinzo Abe was compared to an image of Pooh and Eeyore. 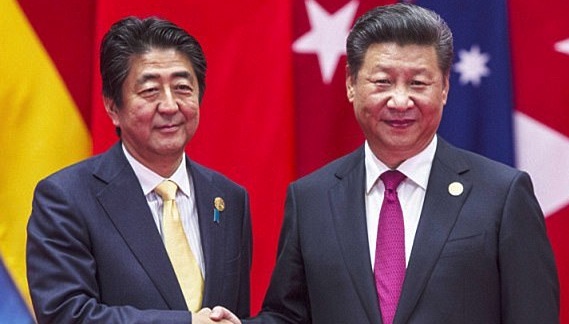 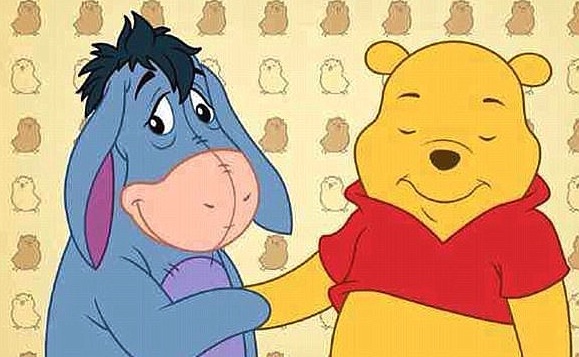 But, while the Chinese may not appreciate the characters of the Hundred Acre Wood, Pooh has become a symbol of dissent in China who oppose the Communist Party. Its communist government censors and shuts down anything it so chooses on social media.

In 2015, the political analysis portal Global Risk Insights called a picture of Xi standing up through the roof of a parade car paired with an image of a Winnie the Pooh toy car ‘China’s most censored photo’ of the year:

China has a “foreign film quota”, which permits no more than 34 foreign films to be imported into the country every year.

Last Friday the film grossed $24.6 million in ticket sales. It cost an estimated $75 million to make, and stars Ewan McGregor as a grown-up Christopher Robin who is reunited with the beloved characters of the Hundred Acre Wood.