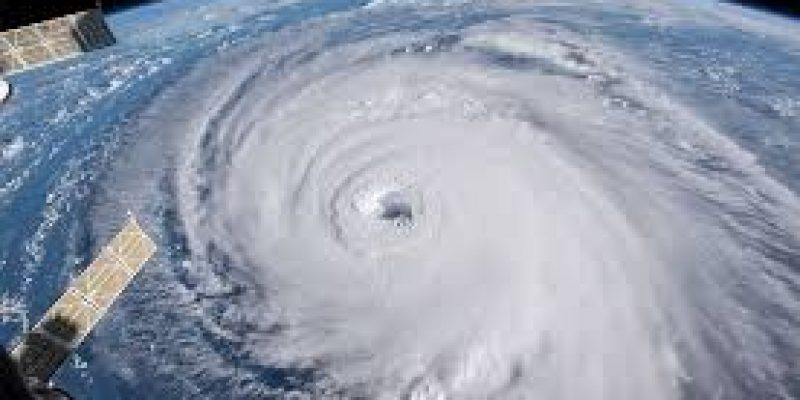 The butterfly effect seems to be growing in popularity in the camp of Trump opposition. Every little unpleasantry in the world is consequently tied through a chain of actions back to some particular event that ultimately is credited for the cause of it all. Instead of a flap of a butterfly’s wings, the event that continues to shock a disgruntled faction of American elites is the 2016 election. Everything that goes wrong, someway and somehow, is tied to that fatal day in November almost two years ago. CNN has recently proposed that Trump is to be understood as the cause for 80,000 climate related deaths every decade.

John Avlon, on a CNN “Reality Check” segment weighed in the predicted devastation that is to wreck the East coast by way of Hurricane Florence. The Hurricane is so large in area, that NASA footage shows the storm bending with the curvature of the Earth.

Avlon takes this latest development in Hurricane season to reference the Trump administration, and their supposed complicity with hurricanes. “The cost of lives and dollars will escalate,” suggests Avlon if the United States continues to ignore climate science. Leaving the Paris Climate Agreement is credited as having drastic consequences as predicted by two Harvard scientists.

“It is so bad according to two Harvard scientists it could lead to 80,000 unnecessary deaths every decade,” said Avlon. “Warmer water means more intense storms. When President Trump called Hurricane Florence tremendously wet, he was actually on to something.”

Rather than go into the details of the Paris Climate Agreement and what kind of implications that had on the American project, or the comparatively absent burden that was placed on numerous other countries in the agreement, Avlon settles on the accusation that Trump’s actions have brought further global suffering. CNN’s Avlon does take the time to bring up another one of the current administration’s environmental policies.

His concluding remarks perhaps unintentionally took a jab at the profession of climate scientists. Understanding the complex inner workings of climatology is no simple business, as Avlon seems to be alluding. Predictions are constantly being altered and measurement being taken in order to better grasp this sophisticated subject. Despite whatever conclusions being proposed today, some of which that may be influenced by a political agenda, climatology is something that we still do not well understand.

Nevertheless, CNN is confident enough to make some rather bold claims on the topic. After all, “this isn’t rocket science.” By authority of CNN, Americans may now be sure that explicitly because of Trump, 80,000 people are to die this year due the administration’s environmental policy.

Interested in more national news? We've got you covered! See More National News
Previous Article Report: Louisiana students are most bullied
Next Article The Democrats And The Media Are Lying About Hurricane Deaths In Puerto Rico…