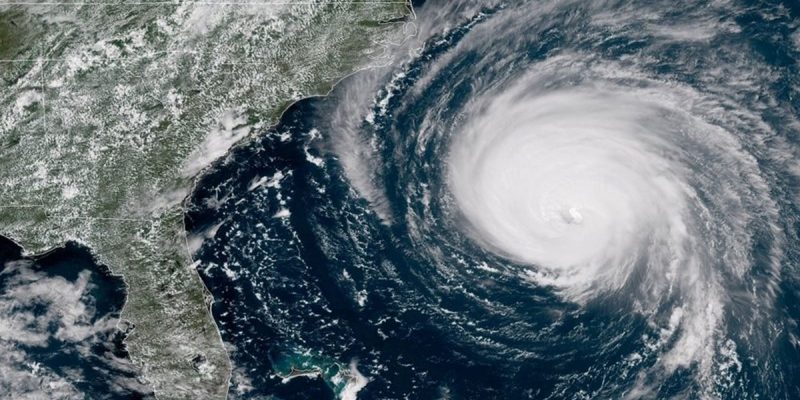 …and their efforts to weaponize the weather against Republican presidents, particularly as it relates to hurricane activity, show what an atrocious band of miscreants and cretins they really are.

We first saw this modern phenomenon play out during Hurricane Katrina, when Louisiana’s public sector was completely exposed as incompetent, corrupt and unprepared for a hurricane in late August of 2005. Then-Gov. Kathleen Blanco, then-New Orleans mayor Ray Nagin and then-Jefferson Parish President Aaron Broussard, Democrats all, made a slew of hard-to-understand mistakes in response to the storm, which broke the levee system around New Orleans and unleashed chaos on the metropolitan area. Amid that chaos was a level of human suffering approaching that of the Third World, chiefly among a population which votes exclusively Democrat and which lacked the resources or judgement to evacuate the city when called upon to do so. And when the poor preparation and incompetent response became obvious to the world the political response was to blame George W. Bush, the Republican president at the time, for the Democrats’ lack of preparedness.

Nationally, it worked. Bush was castigated far and wide for the failures of the federal government in responding to Katrina – though somehow, that castigation never quite covered the Katrina response in Mississippi which was considerably more successful. Maybe that’s because Mississippi governor Haley Barbour, a Republican, knew what he was doing and was able to bring the Mississippi Gulf Coast back to life with considerably less scandal or abject failure, and at considerably less cost.

But in Louisiana, voters seemed to know better. Nagin was re-elected, against no particular Republican opposition in a monolithically Democrat city, but Broussard is the last Democrat to run Jefferson Parish, perhaps in our lifetimes. Both were eventually convicted on corruption charges. And Blanco, whose press director Bob Mann concocted the “Blame Bush” strategy, couldn’t even run for re-election after the voters expressed their opinion in poll after poll. Katrina made Louisiana a deeply red state where it had been somewhat purple before.

Such a development isn’t particularly expected in Puerto Rico, which is solidly Democratic and has Third World elements to exceed parts of the New Orleans area. But the response of some of that island’s political class to the damage that Hurricane Maria inflicted on it in 2017 isn’t dissimilar to New Orleans and Katrina. Recent photos emerged of hurricane relief wasting in storage for lack of distribution – particularly millions of liters of bottled water in neat stacks in a field near the San Juan airport – while that city’s mayor, who tripled down on the Blanco blame strategy in blaming President Trump for his supposed failure to lead hurricane recovery, has been exposed as thoroughly incompetent and corrupt.

And the national media has similarly tripled down on Republican blame, accusing Trump of killing nearly 3,000 Puerto Ricans with a failed hurricane recovery.

Trump fought back against this narrative in a couple of tweets Thursday and earned a firestorm of criticism for his trouble.

3000 people did not die in the two hurricanes that hit Puerto Rico. When I left the Island, AFTER the storm had hit, they had anywhere from 6 to 18 deaths. As time went by it did not go up by much. Then, a long time later, they started to report really large numbers, like 3000…

…..This was done by the Democrats in order to make me look as bad as possible when I was successfully raising Billions of Dollars to help rebuild Puerto Rico. If a person died for any reason, like old age, just add them onto the list. Bad politics. I love Puerto Rico!

No sooner had Trump fired off his response to being blamed for 3,000 people supposedly dying – from a hurricane, no less – than the legacy media howled at him and castigated him as a liar. The Washington Post, for example…

As Hurricane Florence churned toward the Carolinas, President Trump on Thursday diverted attention from the government’s preparations for the monster storm to his personal grievances over last year’s Hurricane Maria by falsely claiming a conspiracy to inflate the death toll in Puerto Rico.

Trump drew immediate rebukes from Democrats as well as some Republicans for denying a sweeping study, which was accepted by Puerto Rican authorities, estimating that there were 2,975 “excess deaths” on the island in the six months after ­Maria made landfall. Providing no evidence, Trump incorrectly alleged that Democrats raised the death toll “in order to make me look as bad as possible.”

The Trump administration came under sharp criticism for its recovery efforts after Maria, which devastated the U.S. territory of Puerto Rico in September 2017, despite the president’s insistence this week that his handling of Maria was an “incredible, unsung success.”

In so doing, Trump exposed political vulnerabilities for his party eight weeks before the midterm elections — particularly in Florida, where Puerto Rican immigrants make up a prized voting bloc. Republican candidates in the state’s hotly contested gubernatorial and Senate races distanced themselves from his comments.

Right. Except it turns out the Post is the one making incorrect allegations. John Hinderaker at Power Line sets us all straight…

This “issue” was not on my radar until one of my kids texted in a family chat: “Is trump off his rocker with this Puerto Rico death toll stuff?” That caused me to look into at. As so often happens, Trump is right.

This is what is going on: Some “scientists”–read anti-Trump Democratic Party activists–constructed a theoretical baseline of how many deaths would be expected to occur in Puerto Rico during the months after Hurricane Maria. They then compared this baseline to the actual number of deaths, and voila! The actual number was higher than their hypothetical guess by 3,000. So all of those deaths–whether caused by cancer, car accidents, or whatever–are attributed to the hurricane. These activists have not made any attempt to count the actual number of hurricane-related deaths.

No one would use such a foolish methodology except for political reasons. This is more fake news propagated by anti-Trump activists. The fake news media, like CNN, have attacked President Trump for disputing the “scientists” who came up with the 3,000 number. Sadly, some Republicans have joined them, probably because they are ignorant about what is actually going on here.

Proof Hinderaker is right can be found in this chart, which shows that Puerto Rico’s death rate following Maria’s devastating ACTUALLY DECREASED…

Remember, the death rate is a function of population. Puerto Rico didn’t have some sudden surge of immigration following Maria, other than the relief personnel who came to help rebuild that island. In fact, outmigration was, as it always is, a major feature of the post-storm human landscape there. So if with an overall lower population the death rate actually falls, then it’s difficult to ascribe much of a death toll to the hurricane and any “failed” recovery.

Is it true that Puerto Rico is a mess following Maria? Of course. Puerto Rico was a mess long before Maria. And hurricane recovery is exceedingly difficult work, particularly when governments are involved with the inherently slow processes and bureaucratic stupidity which accompanies all government projects. But there is no evidence Trump’s performance with respect to Maria is any worse than Barack Obama’s following Sandy, or any of the other massive hurricane recovery projects presidents of either party have contended with.

What seems true of the Republicans, though, is they get to deal with constant pot-shots on weather-related adversity. Before Hurricane Florence ever touched the Carolinas, For example, the disgusting gigolo John Kerry, who is busily skirting the edges of the law by attempting to engage in a personal foreign policy with Iran in contravention of current American policy after negotiating a near-treasonous nuclear weapons deal with that hostile regime, echoed the claim of prospective Trump fault on hurricane damage.

For another example, the Washington Post declared Trump “complicit” in Florence’s damage somehow…

“When it comes to extreme weather, Mr. Trump is complicit. He plays down humans’ role in increasing the risks, and he continues to dismantle efforts to address those risks. It is hard to attribute any single weather event to climate change. But there is no reasonable doubt that humans are priming the Earth’s systems to produce disasters.”

On Fox News last night climatologist Joe Bastardi vituperatively disagreed, noting that hurricane activity at present is a mere 30 percent of what it was in the first half of the last century. Bastardi is correct.

But in the first half of the last century it wasn’t fashionable to tell provable lies about the political opposition as it is now. And so if there is a Republican in office and the weather turns foul, this is what we have.