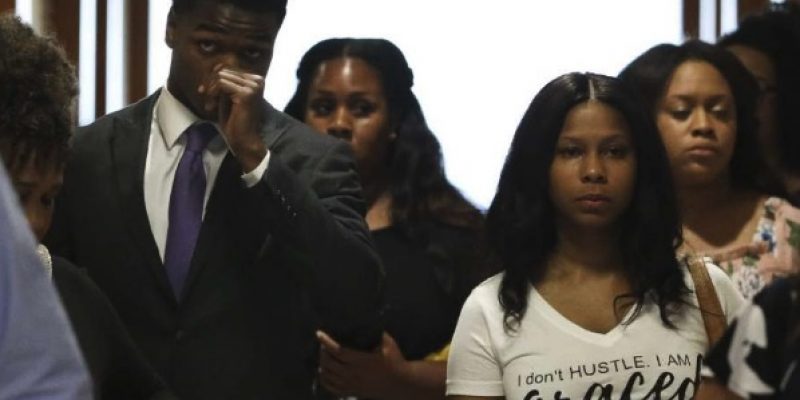 A Houston woman is expected to testify today about allegations of a prostitution ring and death threats that, if true, would be key to the defense of a Bellaire teen accused of killing both his parents as they slept, the Houston Chronicle reports.

Antonio Armstrong Jr. was 16 when he was arrested on a charge of capital murder, accused of fatally shooting his mother, Dawn, and father, former NFL player Antonio Armstrong, in their beds on July 29, 2016.

He will stand trial as an adult, facing life in prison if convicted.

Maxine Adams, a family friend of the slain couple, went to the Houston Police Department’s downtown headquarters five months after they were killed and detailed an alleged prostitution ring involving the older Armstrong and death threats made against him. The 42-year-old also apparently tried to change his life insurance policy because of the threats.

The Houston District Attorney’s Office told Armstrong’s defense attorneys that the allegations were not credible.

After Adams gave her interview, Houston police department detectives told prosecutors they would open an investigation under a separate case number. More than a year and a half after the interview, prosecutors released the audiotape and 50,000 pages of phone records on the eve of a possible start date of the trial in June, the Chronicle reports, which led to Armstrong’s attorneys requesting that the capital murder charges be dropped.

“Antonio Armstong Jr. has suffered demonstrable prejudice or a substantial threat thereof and the Court will be unable to neutralize this taint by any other means,” they wrote in their filings.

Antonio Armstrong Sr. was a former Texas A&M University football star who played professionally. He and his wife owned a small chain of fitness centers, and he was an assistant pastor at a Gulfton area church.

The circumstances surrounding their murders remains suspect. The Chronicle reports:

They were fatally shot by someone who put pillows over their faces as they slept in the bedroom of their Bellaire townhouse on July 29, 2016.

Their son called police around 1:41 a.m. and said he was hiding in an upstairs closet, according to prosecutors. He told police that he heard gunshots and saw a masked man inside the home. When police arrived, Armstrong disabled the home security system and let police in.

Police found a .22-caliber pistol and a note on the kitchen counter reading, “I have been watching for a long time. Get me.” Prosecutors said there were no signs of forced entry within the home.

The teen was arrested after police said his story did not make sense, prosecutors said.

Prosecutors also noted that the parents caught their son smoking marijuana in his room, and took away his car and cell phone. He also had bad grades, which is why they pulled him from a private school.

After police searched the house they found a crack pipe in his bedroom, prosecutors said. And, that Armstrong told a homicide detective that he fired a gun in his room before his parents were murdered.

Bullet holes were found in his comforter and pillow and also in the floor of his room.