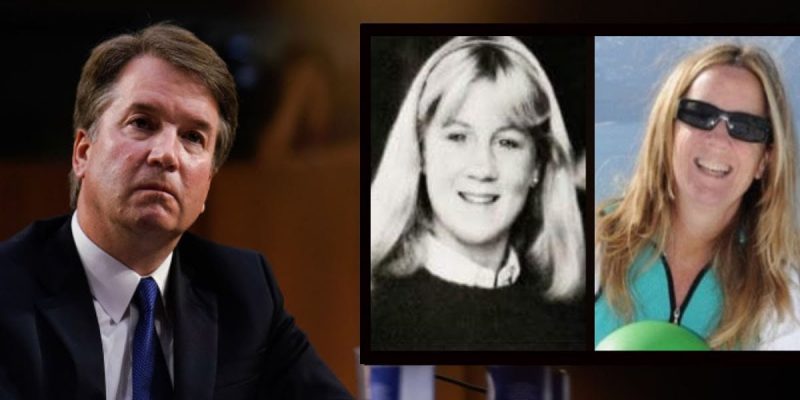 …and it’s also starting to look like the professional Left is so far in the tank for the 11th-hour gambit to use Ford’s 36-year-old sex story as a means of derailing the Brett Kavanaugh Supreme Court nomination that they’ll actually defend Ford as a no-show.

You wouldn’t think they’d be this far gone, but it really looks like they are.

First, Senate Judiciary Committee chairman Chuck Grassley has attempted to impose some degree of order on the chaos the Ford allegations have made of the confirmation process by scheduling a hearing Monday at which those allegations will be aired out and some sense of their validity hopefully obtained. You would think that should be sufficient and sensible as a way to move ahead.

You’d be wrong, though.

Right now, the FBI apparently is not investigating further despite Democratic demands. And it’s not clear the hearing announced by Senate Judiciary Committee Chairman Chuck Grassley, R-Iowa, is even going forward. He scheduled a hearing for Monday, but said accuser Christine Blasey Ford has not responded to the invitation and threatened to nix the session if she doesn’t.

Ford alleges that in high school, Kavanaugh pinned her down, tried to remove her bathing suit and put his hand over her mouth when she attempted to scream. Kavanaugh denies it.

But as Republicans try to navigate the 11th-hour bombshell, they’re accusing Democrats of playing politics, by first sitting on the allegations and now making new demands regarding a hearing.

In letters Tuesday, Democrats on the committee said Republicans were “rushing forward” and the FBI should first perform a background investigation as it did in 1991 when then-nominee Clarence Thomas was accused of sexual harassment by Anita Hill. Thomas was eventually confirmed.

The FBI’s usual procedure is to quietly investigate claims like Ford’s as part of their vetting process. That way the investigation can be done out of the glare of the media spotlight and hopefully will uncover the unvarnished truth, so that if there are serious skeletons in the closets of potential federal appointees they can be sussed out and responsible decisions made.

But the FBI was denied the ability to do that in this case. Dianne Feinstein, the cretinous, hypercorrupt California socialist who serves as the ranking Democrat on the committee, prevented the FBI from doing a responsible job of vetting Ford’s allegations before and during the committee hearings by sitting on Ford’s letter until late last week after the Kavanaugh hearings were finished. Now, it would be impossible for the FBI to quietly investigate the allegations and do a responsible job with them amid the media frenzy Feinstein set off.

The only thing that can be done to salvage the process is a hearing where the parties involved in the allegations can be sworn in and the stories told under oath and subject to cross-examination. How else can the truth possibly be assessed in this case?

But the Democrats object to that, which tells us two things. First, and everyone already knew this, to them the confirmation process is not important. What’s important is to block Kavanaugh’s confirmation, period. And second, that they don’t believe that hearing on Monday will be very effective in stopping his confirmation.

As I said this morning at The American Spectator, there is nobody who really believes Ford’s story. Sure, there are lots of people who say they do. They don’t. They believe in using that story to get what they want, but that’s all. Anyone who actually believes her despite the obvious put-up job this allegation clearly is would be anxious for her to come forward and tell her story with the faith that she’s telling the truth. Instead, we get this, from the leftist hacks at CREDO…

In just the past few hours more than 25,000 people have signed CREDO’s petition urging members of the Senate to respect Christine Blasey Ford for her courage and refuse to undermine, discredit or defame her. The full petition, which was launched this morning, reads:

“Survivors who make public their stories of sexual assault or harassment are taking huge risks to hold abusers accountable, especially when a Supreme Court seat is at stake. Respect Christine Blasey Ford for her courage and refuse to undermine, discredit or defame her.”

“Courage.” Right. It’s very courageous to make a defamatory allegation with no corroboration and provable unsavory motivations both political and personal, and then refuse to support that allegation under oath in front of the body charged with vetting it.

And did you notice how these guys are toppling a fundamental pillar of the rule of law by claiming Kavanaugh, the accused in this case, is the one with the burden of proof?

Maybe I’ll make the accusation that Heidi Hess raped me at a house party at a location and date I’ll refuse to disclose, and that I never told anyone about it because I’m ashamed. And then I’ll claim that the burden of proof is on Heidi Hess to prove my allegation wrong. And I’ll further demand that CREDO respect me for my courage in coming forward and refrain from undermining my claim or defaming me.

There is little difference between their position, which as it happens is shared by the entire Democrat Party which is going along with this calumny, and the one I’ve just staked out.

And all this for what? Power over one’s fellow man.

It’s evil, is what it is. These are evil people who cannot be allowed to control others. The country survived eight years of Barack Obama in office, though much damage was done. We cannot allow them back in charge.