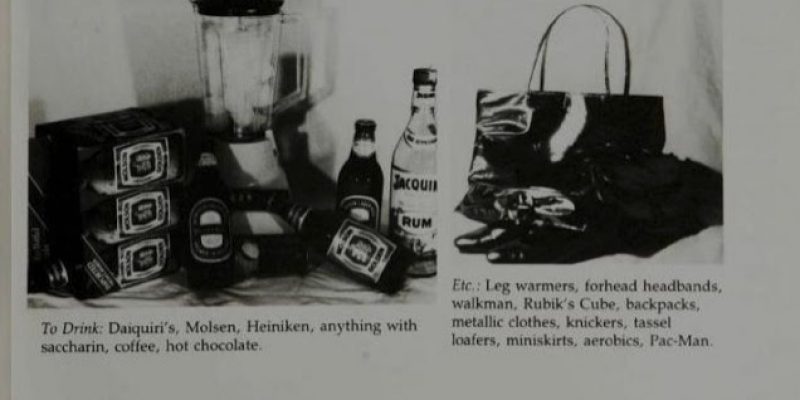 The informer claims that at the Holton-Arms school where Chrissy Blasey attended, “faculty approved racism, binge drinking and promiscuity.” So much so that the school’s yearbooks suddenly disappeared from the school’s website.

The images from pages of the Holton-Arms yearbooks redact last names of individuals and their faces are obscured, with the exception of photos of Chrissy Blasey posted online.

Here are a few: 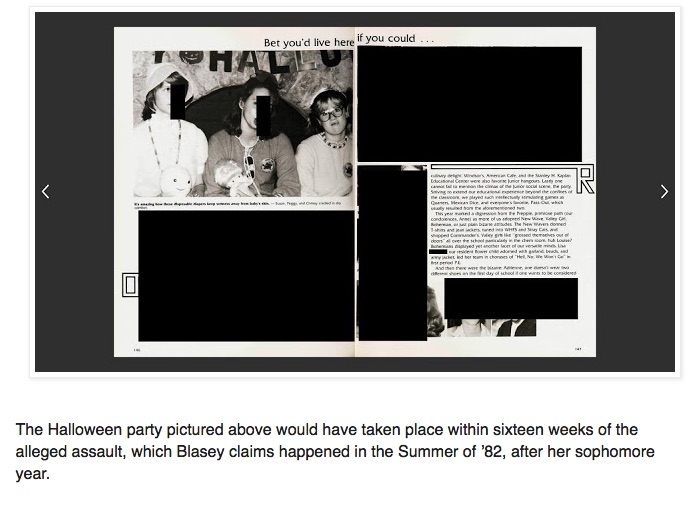 “Beach week culminated the year for those of us lucky enough to go. With school and our minds in temporary recess, we were able to release all those troubling inhibitions of the past year. While dancing in the middle of coastal Highway, Ann [redacted last name] and friends picked up some men who passed out in their apartment…”

Read the whole page. It has some weird Hitler jokes as well.

From Scribe 84, Chrissy Blasey’s senior year at Holton-Arms, pg. 261 gives the parting sentiment of her six-year Holton experience. There are two relevant quotes that characterize senior girls as sexual predators:

“Other seniors preferred to expand their horizons and date younger men, usually sophomores, who could bring the vitality and freshness of innocence to a relationship.”