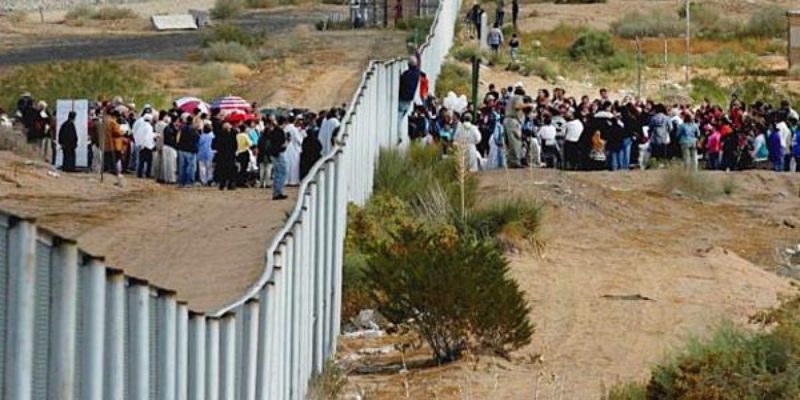 The accepted estimate of illegal immigrants in the United States has long hovered between 11-12 million. A new Yale study proposes this estimate far undershoots the size of this population. In reality, the number is likely much closer to 22 million, making the illegal population in the U.S. twice as large as previously thought.

There is a long standing estimate at “11.3 million undocumented immigrants residing in the U.S.,” Yale researchers suggest. However, by their analysis, “all the perceptions and arguments based on that number may have a faulty foundation; the actual population of undocumented immigrants residing in the country is much larger than that, perhaps twice as high, and has been underestimated for decades.”

The 11.3 million number is generated by the Census Bureau’s annual American Community Survey. This method relies on illegal immigrants self reporting that they are in violation of United States immigration law, and has been the bases for illegal immigrant estimates for the last three decades.

The new Yale study does not rely on this method, and thus came up with vastly larger numbers. When trying to set a low bar for the total illegal immigrant populous, “even using parameters intentionally aimed at producing an extremely conservative estimate, they found a population of 16.7 million undocumented immigrants,” Yale Insights reports.

Edward Kaplan, Yale Professor of Operations Research, suggests “Our original idea was just to do a sanity check on the existing number.” Whenever the team calculated their conservative estimate, they expected it to fall well below 11.3 million. Kaplan realized, “instead of a number which was smaller, we got a number that was 50% higher. That caused us to scratch our heads.”

This was quite the surprise to the team, for they were trying to set a floor for a reasonable bare minimum quantity of illegals. Whenever the team sought to give their best estimate to the actual number, the researchers found there are likely somewhere around, “22.1 million undocumented immigrants in the United States,” Yale Insights reports. “After running 1,000,000 simulations of the model, the researchers’ 95% probability range is 16 million to 29 million, with 22.1 million as the mean.” 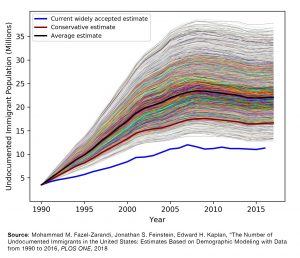 While 22.1 million is the team’s estimate, the possibility for the total to be higher remains. Some of the teams estimates have the total illegal population breaching 35 million. Many metrics are just now coming online that help grasp the size of the phenomenon. Yale Insights notes, “2015 was the first time that data on visa overstays was collected by the Department of Homeland Security.” Thus even this new model is just beginning to have access to new viable data.

The Yale researchers acknowledge that this topic is a very potent political issue right now. One researcher assures that, “This paper is not oriented towards politics or policy. I want to be very clear: this paper is about coming up with a better estimate of an important number.” The team’s entire “purpose is just to provide better information.”