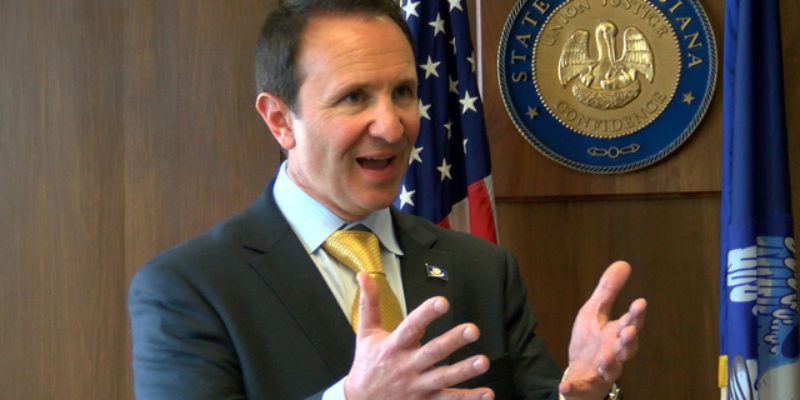 The state of Louisiana recently held some members of the corporate social police accountable for discriminating against law-abiding Americans.

By a vote of 7-6, the State Bond Commission excluded Citigroup and Bank of America from the running for a lucrative state contract. Our reason for doing so: these corporations had introduced bank policies that restrict legal access to firearms and bank misrepresentations on those policies.

While our governor and his allies sided with these anti-gun corporations, conservatives stood together to protect the Second Amendment rights of Louisiana citizens.

Citigroup and Bank of America’s policies were grotesque attempts to capitalize on the tragedy in Parkland, Florida. In the wake of the tragedy, they proudly and publicly announced plans to restrict the distribution, manufacture, and purchase of firearms.

When called to task by our commission this past spring, these “too big to fail” companies asserted that they had no policies restricting the availability of firearms to law-abiding citizens.

When asked to defend these positions a second time, Citigroup and Bank of America then attempted to convince us their policies would have minimal effects on Louisianans, stressing that they were specifically tailored to either a particular age group or class of firearm.

This type of double-speak is not uncommon in today’s liberal corporate culture. Banks, airlines, tech firms, and many other corporations have tried to cash in on easy public relations wins by appeasing outraged activists so that “news” outlets like CNN and MSNBC will applaud their actions.

Fortunately, our commission did not fall for the trap. Instead, we fought back—something other government entities would be wise to do.

The clear disconnect between the banks’ policies and their likely effects shows exactly how little these companies care for our Second Amendment rights. Such casual dismissal of our cherished rights and values should not be minimized or dismissed.

Recently, the people of my state directly and overwhelmingly approved the strongest possible constitutional protection of our gun rights. The constitutional amendment states that “the right to keep and bear arms is a fundamental right and any restriction of that right requires the highest standard of review by a court.”

I intend to continue upholding that duty and fighting boardroom elitists who seek to use their power to undermine our constitutional rights.

I have not and will not allow their public virtue signaling to even nominally affect the ability of Louisiana citizens to enjoy their Second Amendment rights. I am proud of our majority on the Louisiana Bond Commission who saw these policies for what they are.

I hope others will follow our example and hold these companies accountable for the full extent of their actions, especially those that restrict Americans’ exercise of their right to defend themselves and their families.