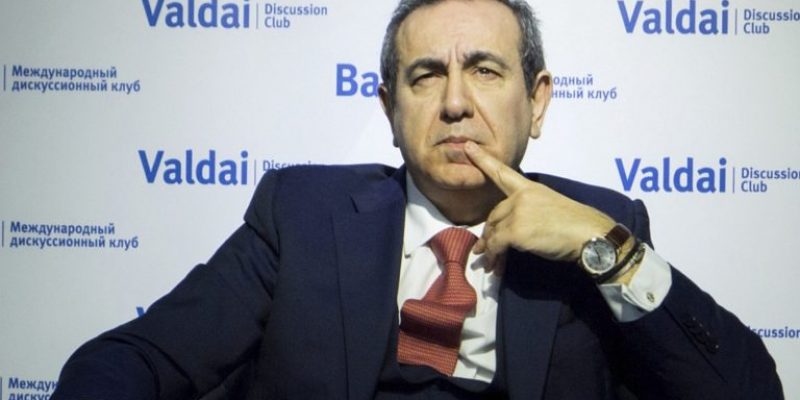 The Democratic National Committee (DNC) on Friday raised the prospect that the London-based professor who told former Trump campaign adviser George Papadopoulos that Russia had “dirt” on Hillary Clinton may be dead, The Hill reported.

DNC lawyers wrote in court filings that Joseph Mifsud, who spoke to Papadopoulos during the 2016 presidential election, “is missing and may be deceased,” according to Bloomberg News.

The DNC stood by its claim in a statement to The Hill on Friday. The committee indicated that a private investigator had been used to find Mifsud, who had disappeared for months, and was told the Maltese professor may be dead, True Pundit reports.

“The DNC’s counsel has attempted to serve Mifsud for months and has been unable to locate or contact him. In addition, public reports have said he has disappeared and hasn’t been seen for months. An investigator involved in our efforts to serve him was told Mifsud might be deceased,” DNC spokeswoman Adrienne Watson said.

Body Count # What? … Key Witness Likely Whacked Before he Could Tell Whether He Was Paid to Set Trump Up … https://t.co/gZRsbVfvtc

https://t.co/HTqfExGgL2 A key witness in the Mueller probe, who acted as a spy and used Papadopoulos to set up Trump during campaign, is presumed to be dead. Bloomberg news is even reporting this and the DNC has confirmed that he's been missing for months.

Mifsud reportedly taught at a private university in Rome before he vanished late last year, shortly after his name emerged as a key figure in the investigation into alleged Russian interference in the 2016 election.

He had reportedly not been in contact with prosecutors in Italy who sought to question him over allegations of financial wrongdoing. His fiancee also told Business Insider earlier this year that she could not reach him.

The DNC is suing the Trump campaign and WikiLeaks for allegedly interfering in the 2016 presidential election.  A hearing in that lawsuit is scheduled for next week in federal court in New York.

Trump officials have downplayed Papadopoulos’s role within the campaign and Trump denies any collusion with Russia during the election.