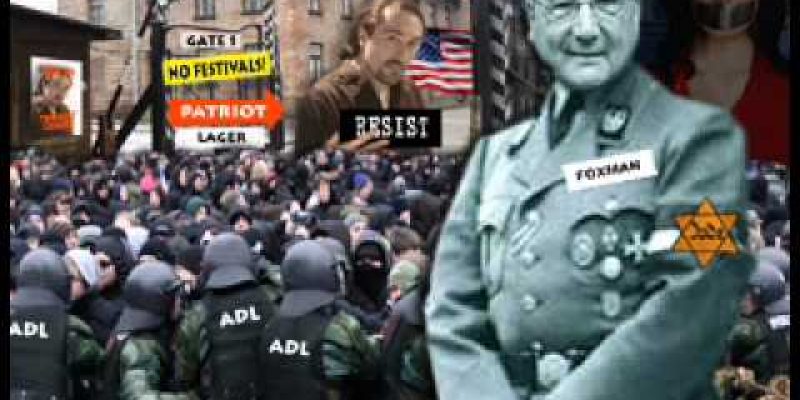 According to a 2014 Anti-Defamation League (ADL) survey,

Some governments, like Iran’s and Syria’s, have explicitly denied the Holocaust, and The Washington Post‘s Robert Satloff reported that Egypt, Qatar, and Saudi Arabia promote Holocaust denial and protect deniers.

Leaders of the Palestinian terror organization Hamas have even gone so far as to blame Zionists — supporters of the State of Israel — for creating Nazism.

The SPLC states that it monitors 10 active Holocaust denial groups in the U.S., four of which have a minor presence on Facebook.

At the same time, after a brief mention of “the resurgence in antisemitism online,” the SPLC went on to lament the plight of American Muslims, PJ Media notes, some of whom are spreading Holocaust denial in an effort to slander the State of Israel.

“Zuckerberg’s refusal to address propaganda as hateful and obvious as Holocaust denial also bodes poorly for other vulnerable communities, such as American Muslims, a community regularly demonized by rhetoric espoused by even the president,” the SPLC warned. “As it stands, anti-Muslim and anti-immigrant propagandists easily clear the low hurdles set up by platforms like Facebook.”

The SPLC argues that Holocaust denial is “the deeply offensive lie that the Holocaust was a fraud concocted by Jews.”

“In any attack on Holocaust denial, activists should acknowledge the fact that it is most mainstream in the Muslim Middle East, thanks at least in part to anti-Zionist sentiments. For the SPLC to not only omit this fact, but to suggest that Holocaust denial harms Muslims as it harms Jews, is misleading and reckless,” PJ Media states.