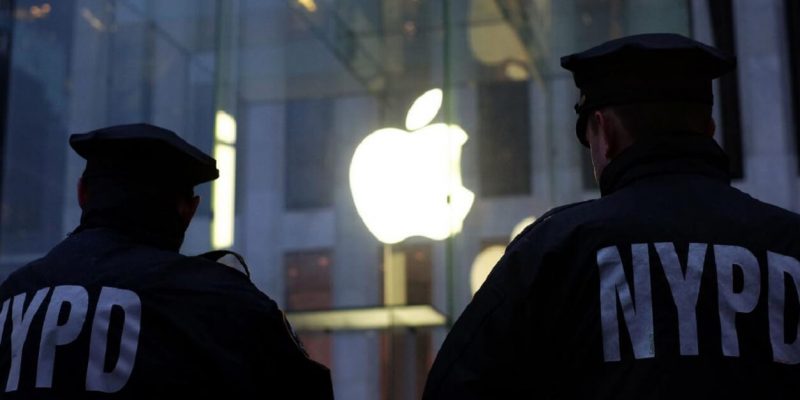 Apple plans to make it easier for police to request and access its users’ data, RT News reported. The giant tech company is putting together a team to advise law enforcement on what data it can and cannot request.

Last year, Apple received and responded to 14,000 requests from U.S. law enforcement agencies, including 231 that were classified as “domestic emergency requests,” according to a letter written to Rhode Island Democratic Sen. Sheldon Whitehouse, according to Reuters.

Apple currently handles these requests via email. But because the volume is so great the company developed an online tool to streamline the process for law enforcement agencies. The new tool will allow agencies to make and track requests directly.

Apple stated that it has trained nearly 1,000 law enforcement officers on how to use the system at its headquarters in California. Now it’s expanded that training to an online tutorial to be used by law enforcement agencies and departments nationwide.

Apple does provide some of its user data on request, and stated that it will continue to do so through the new tool but will not share its encryption technology with law enforcement. Apple says it cannot access encrypted data on its own devices, and refuses to install so-called ‘backdoors’ to allow this encryption to be bypassed.

The FBI threatened to take Apple to court in 2016 to force the company to unlock an iPhone belonging to one of the San Bernardino terrorists. One day before the hearing was scheduled, the FBI backed off because it found an Israeli firm able and willing to crack the smartphone.

After a recent meeting on Australia’s Gold Coast, heads of intelligence agencies of Australia, Canada, New Zealand, U.K. and U.S., called the ‘Five Eyes,’ released a joint statement calling on tech companies to make it easier for “law enforcement to gain targeted access to data.”

The agency heads called on companies to turn over their encryption keys voluntarily when requested, and threatened them with “technological, enforcement, legislative, or other measures,” if they refuse. It is not yet known whether Apple intends to comply with the Five Eyes’ request.