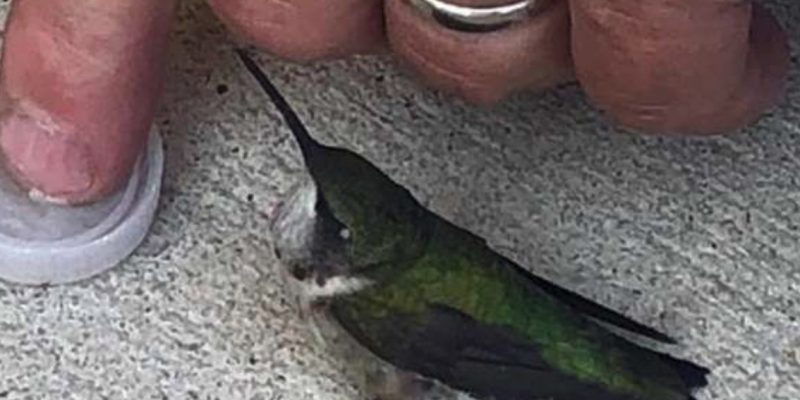 First responders from Richburg Fire-Rescue in South Carolina had an unusual rescue this week. They found a tiny hummingbird lying lifeless on the ground in the station’s engine bay, The Dodo reported.

When the firefighters discovered that the bird was still breathing, they dropped everything to help her.
“We mixed up a little sugar water and put it in a small cap for it to drink out of,” T. Melton, the station’s assistant chief, told The Dodo. “It took some coaxing, but it finally started drinking it.”

Their tiny feathered patient seemed to understand that they were trying to help her.

Slowly but surely, the hummingbird regained its strength and was able to stand.

“It was finally able to stand on its own,” Melton said. “We kept giving it water and it finally flew off.”

“The job is hard enough as it is, [so] being able to help something like the hummingbird and seeing it bounce back means the world to us. It was a nice feeling for everyone,” Melton said. “You always want to help when someone needs it, regardless of it being a person or an animal. You just don’t want to see anything suffer.”