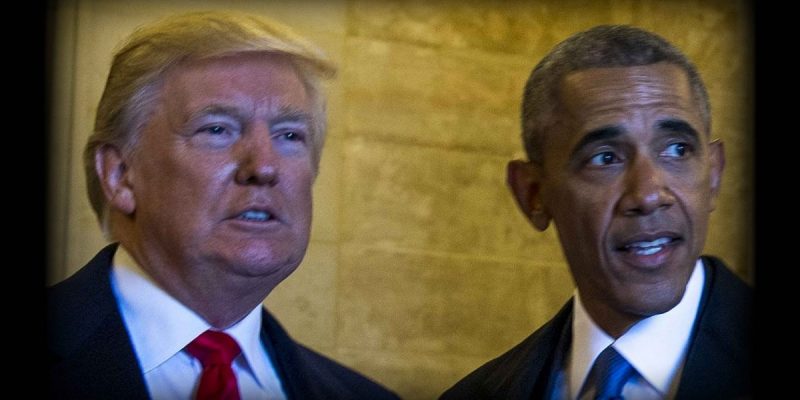 The Gateway Pundit presents an analysis of their compared economies.

It compares the stock market under both presidents:

After President Trump was elected the DOW exploded.  On November 8th, 2016, the DOW stood at 18,332.  Since that date the DOW has soared and it never looked back.

Not only that, but the stock market has hit an all-time historic high under Trump. Since the 2016 election, the DOW has closed at new record all-time highs 99 times.

Comparing the GDP under both presidents, in October 2016, Rex Sinquefield wrote in Forbes that:

The Obama recovery of the last seven years remains the worst in postwar American history. Average gross domestic product (GDP) growth since the bottom of the recession in 2009 was barely above 2.1% per year. The average since 1949 is well above 4% per year during the previous 10 expansions.

I believe the root cause of abysmal growth is the huge tax increases imposed by Obama and the Democrats in Congress since 2008. The most harmful were the increase in the capital gains tax from 15 to 20 percent, the increase in top bracket income from 35 to 39.6 percent, and the new tax of 3.8 percent on investment income in the Affordable Care Act (ACA). The massive increase in regulatory burden through the ACA and Dodd-Frank bills are also crushing, but unfortunately are harder to measure.

The last quarter under President Trump reached a GDP of 4.2%.

U.S. debt under both presidents:

Obama increased the amount of U.S. debt astronomically– having doubled it to $20 trillion, incurring as much debt as all previous Presidents combined.

Jobs under both presidents:

Obama cannot take credit for anything other than failure. Anything else is just fiction.