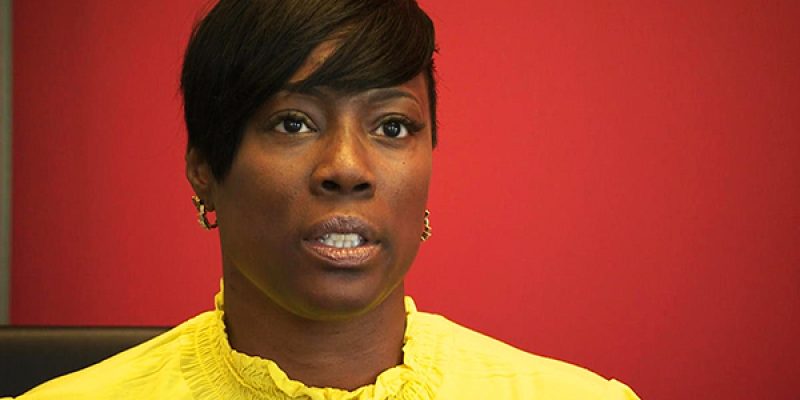 A woman in Texas was sentenced to return to prison Thursday, because she voted in the 2016 election, CBS News reports. As a felon, under Texas law she is prohibited from voting.

Crystal Mason’s criminal past made voting in the 2016 election, or any election, a crime.

The 43-year-old was on supervised release for tax fraud when she cast her ballot.

“We pay taxes… and that’s what I believed. If I had a doubt in any way I wouldn’t have done it,” Mason said.

In Texas, felons can’t vote until they have completed their full sentence. And, because Mason violated the terms of her release she faces five years in state prison for voter fraud and 10 months in federal prison for prison-release violations.

As guests on “The Clay Cane Show” on SiriusXM Urban View, Mason and her attorney, Alison Ginter, talked about her case.

Mason said, “Everything is just really overwhelming, just knowing everyday my freedom is on the line. My kids, my son is in college, his freshmen year — football scholarship — he wants to come home, I don’t want him to do that. I go to court on the 30th, his first game is September 1st.

“You come home, you tell your kids you are never going to leave them again, everything is right, you show them how you are rehabilitated. You do everything right. You get a job within three days of being out. You go to school. … I’m showing them if you hit a bump in the road, you can pick yourself up and recover. I just feel like the whole system failed me.”

Mason’s attorneys asked for a new trial, but Judge Ruben Gonzalez refused in June. Grinter explained, “Crystal was convicted at a bench trial with different counsel, then we started the appellate process. She got an appeal bond, the state of Texas says, ‘You are fine to be out and living your life pending the outcome of the appeal.’ If the appeal says the judge was right then you are going to have to serve your sentence. If the appeal says the judge was wrong — like we believe they were—then you are fine.”

She added, “The state of Texas is content to wait and see what the court says, the federal government, on the other hand, doesn’t necessarily have to do that. They can revoke Crystal’s supervised release on the basis of her having violated one of the laws from the state of Texas. What I think is just absolutely God-smacking is that Texas really isn’t sure that she violated the laws of the state of Texas yet. That is still on appeal, but the federal government is ready to charge ahead. There’s just not any willingness from Jeff Sessions to stop and listen, there’s no waiting.  They are perfectly content to make permanent when maybe there’s no need to do that.”

Here’s a question for Mason and her parole officer.

Why didn’t she ask her parole officer if she could vote before she voted?

How does a felon not know the law that felons can’t vote?

Seems like there is more to this story than Mason is telling.