When Rep. Michele Bachmann called for an investigation into Muslim Brotherhood infiltration in the U.S. government, McCain denounced her on the Senate floor calling her a bigot and an Islamophobe. There was no investigation, Robert Spencer of Jihad Watch notes.

In 2012, John McCain met with members of ISIS in Syria. They are identified below: 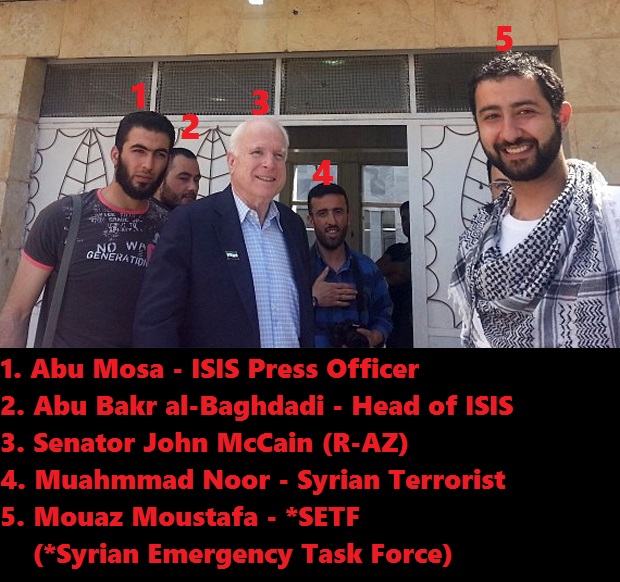 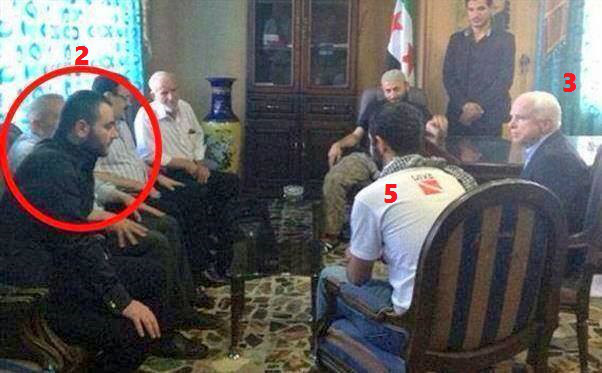 According to the Middle East Monitor, Egyptian media claimed that “John McCain is real Supreme Guide of the Muslim Brotherhood.” On Sept 3, 2018, it published the following:

Egyptian media has accused the late US senator and presidential nominee John McCain of being the ‘Godfather’, ‘leader’, and ‘real Supreme Guide’ of the Muslim Brotherhood organisation.

In remarks, he made during a talk show aired on Sada El-Balad TV, the Egyptian media personality and TV host Ahmed Moussa claimed that McCain, recognised in the US as a national war hero and longtime senator, was, in fact, the ‘real Supreme Guide’ of the Muslim Brotherhood.

“John McCain is the real Supreme Guide of the terrorist Muslim Brotherhood, not Badee and not Akef,” Moussa said.

“Today was John McCain’s funeral, which the leaders of the criminal Brotherhood in America have taken part in,” he continued, “ and they performed the Absentee funeral prayer for John McCain in Qatar, Turkey, USA, and Britain. ”

“[McCain] was the main supporter for the terrorist Brotherhood,” he added. “Senator McCain was the one who opened up the Congress to the Brotherhood. He was the one arranging the meetings and appointments and providing them with protection.”…

Let that sink in. 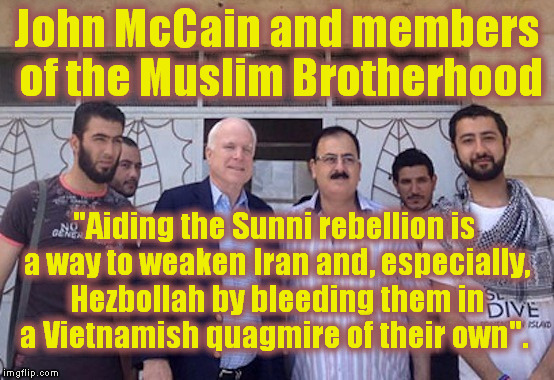 Learn more about the Muslim Brotherhood.