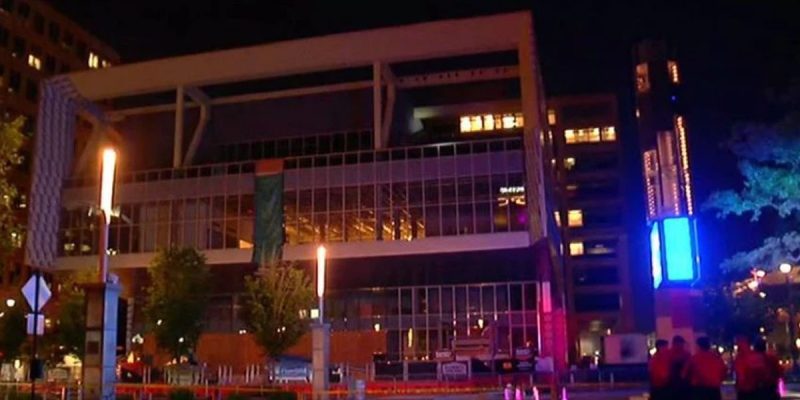 It’s almost comical how much of a boondoggle the downtown library project in Baton Rouge has become, and a report put out today by the contractor, Buquet & LeBlanc, detailing the cost of repairing and finishing construction on the library after structural deficiencies were found earlier this year which threatened to collapse the building only added to the hilarity.

The report meticulously details each cost associated with the repairs and construction after crucial supports that hold up the library’s upper floors failed, prompting fears the downtown building could collapse. The repair costs have reached 10 percent of the original library cost estimate of $19 million. They include more than $500,000 to remove past work to make way for the repairs; more than $250,000 for welding and steel repairs; and more than $200,000 for the hydraulic jacks temporarily boosting the library’s upper floors.

Even if work on the library were to resume by Sept. 17, it would take until mid-January to complete the repairs alone, and then until mid-May to complete construction on the building, the contractor estimates. Immediately after the structural supports failed in April, architects originally estimated the repairs could be completed within a few days.

Baton Rouge mayor-president Sharon Weston Broome insists that the city-parish government won’t be paying the $2 million extra this thing will cost; she says it’s going to be Buquet & LeBlanc and WHLC, the architectural firm who designed it, plus one or two other contractors involved in the project, who’ll be kicking in the cost overruns.

Hopefully she’s right and that happens without the whole thing devolving into lawsuits. Call us skeptical on that question.

City Hall has not publicly revealed who they believe is responsible for the library’s construction woes. In late April, the city-parish hired a third-party consulting firm, Exponent, to help determine the necessary repairs for the library and to help pinpoint where the problems began. But the city-parish rejected a recent Advocate public records request for the reports from Exponent, saying they are exempt from public disclosure laws because the reports are a “work product in anticipation of litigation.”

The extensive Buquet & LeBlanc report was originally expected late last week, after Broome’s administration said they and the architects had agreed on the necessary fixes for the building. But the timeline and cost estimate came nearly a week after the public was told they could expect them.

The report sheds new light on the extent of the building’s structural problems and shows that inspectors who visited the site in April immediately could tell something with the library was seriously amiss.

Marrero-based Inspection Specialists Inc. recorded on April 19 that a weld they inspected was undersized, resulting in “intermittent lack of fusion.”

Why a $19 million library downtown, when there was a perfectly functional, if ugly, library already existing, is necessary is something we still don’t understand. After all, for $20 million Baton Rouge can provide just everybody in East Baton Rouge Parish who wants one with a Fire 7 tablet and an Amazon Prime subscription, which would give them far better access to books, movies and other cultural content than a physical library can provide. Not that anybody in a position of power in the Baton Rouge library system has the faintest interest in embracing the 21st century and providing folks here with state-of-the-art services at far lower costs than the current model offers.

So we’ll sit back and watch the $2 million in cost overruns turn into $3 million, or $4 million, and wait for the lawsuits to begin. Maybe someday that library will open; by then you’ll be able to take your driverless flying car to get there.