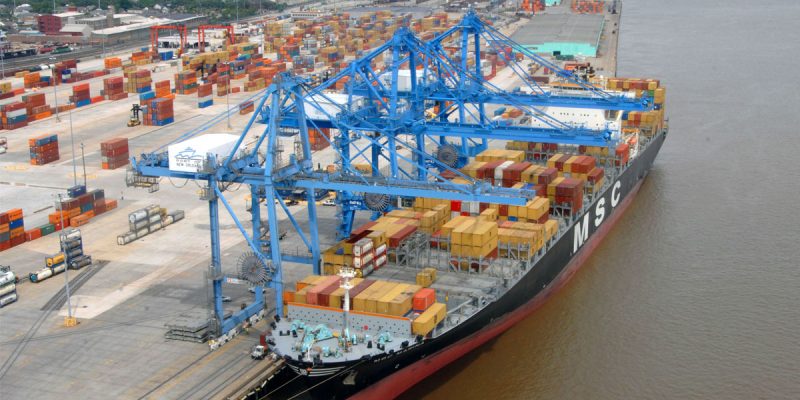 Thomas Jefferson once said, “With great risk, comes great reward.” While that may be a great way to describe the revolution that resulted in the greatest nation the world has ever known, we all know by our own experiences this saying is not always the case in life.

Bold investments don’t always pan out. Aggressive trades can come back to haunt you. Leaps of faith sometimes lead to a hard crash back down to earth.

Right now, a great risk is being taken with the American economy in the hopes it will lead to a great reward. Only time will tell if it will work.

The nation’s economy is booming. Gross Domestic Product (GDP) is up 4.2% in the second quarter, the strongest pace in four years. Profits, once inventory and capital adjustments are made, are up 16%, a six-year high. Consumer confidence is the highest since October 2000. Federal Reserve Chairman Powell said just last week, “The economy is strong… most people who want a job are finding one.”

Why are we seeing this growth? The answer is smart national policy decisions.

Last year, Congress and the President passed tax relief intended to spur domestic investment and repatriate dollars back to the U.S. The tax package included, among other things, a major reduction to the corporate tax rate (from 35 percent down to 21 percent). That’s a big reason profits are higher, leading to increased investment and more job opportunities for American workers.

Also, there has a been a continued focus on reducing regulations and red tape over the last two years. Since taking office, President Trump’s administration has repealed 22 regulations for each new rule or regulation put in place. This focus has lifted the wet blanket that had previously smothered economic growth across many industries and ushered in a new level of confidence in employers of all sizes.

Momentum is building, and the economy is growing. But a new risk is being taken with this momentum and the balance between risk and reward is a moving target.

Trade tariffs have been implemented by the administration in the hopes of finally bringing to light some solutions to long-standing problems. For years, America has fought to no avail to bring China to the table and end theft of our intellectual property, lower harmful tariffs on our products and improve the treatment of their own workers. Our trade deficit with China last year reached a staggering $375 billion, roughly 65 percent of the entire U.S trade deficit. That percentage is not sustainable, and China is long overdue for being called to the carpet on these issues.

But are tariffs really the best way to get there? President Trump says, in the long run, the answer is no, but in the short term, it must be yes. He is implementing new tariffs today but his long-term goal is quite different, as described in June when he said, “You go tariff-free, you go barrier-free, you go subsidy-free…  I mean, that would be the ultimate thing.”

That end game sounds good to me. Get governments across the globe out of the market as much as possible and let consumer demand and business investment drive economic growth. Left to its own devices, I have confidence that American buying power, ingenuityand market share will have a great shot at doing very well in that type of competition.

The question is whether the risk of damaging short-term trade tariffs is worth the possibility of better trade deals with countries like China on the back end? It’s a question lots of businesses and economists are asking themselves these days.

Louisiana has more than 550,000 jobs supported by international trade. 136,600 of those jobs are created by Louisiana manufacturers, pumping out 21 percent of the state’s gross state product and paying an average annual compensation of $87,212. Roughly $30 billion in manufactured goods were exported from Louisiana in 2106, with about 40 percent of that amount going to our 20 free trade agreement partners around the world.

One such Louisiana manufacturer is Laitram LLC. Based just outside New Orleans, this Louisiana success story started in the 1940’s when it patented the world’s first automated shrimp peeling machine and has grown through hard work and smart planning to an employer of 1,900 people across the globe. They are a fantastic community partner and have stepped up time and time again through the years to help Louisiana in countless ways. They also were one of many American manufacturers riding a euphoric wave of economic optimism in the last year thanks in part to smart federal regulatory and tax relief. But now, due to the temporary use of trade tariffs, anxiety and concern are setting in.

“In the first five months of the year, we saw remarkable growth due to regulatory and tax changes, but in June our booking was soft, infact lower than last year,” said Laitram CEO Jay Lapeyre. “What we know is these tariffs have put us in a competitive disadvantage to foreign manufacturers of equipment.”

That’s a problem if the very same tariffs being used to fight unfair trade challenges with other countries are in fact giving a leg up to foreign manufacturers as they compete with American, home-grown manufacturers here in Louisiana. We don’t want to incentivize U.S. companies to import foreign manufactured goods built with cheaper steel, inadvertently punishing American manufacturers that use steel to make their products here at home.

As for the Louisiana Association of Business and Industry’s members, a recent survey tells us the immediate impact of the tariff game is evenly split between those positively affected, negatively affected or not affected at all.

Trade is the lifeblood of Louisiana. The stated goals to improve U.S. trade policy are noble: the deficit must be reduced, American manufacturing must be re-energized and other countries must protect our intellectual property and lower their tariffs on American goods. But the tactics currently being used to get there are, without question, risky.

The President is right to describe the ideal trade policy as “tariff-free… barrier-free… subsidy-free.” The question is whether his flirtation on the short term with these tariffs will eventually lead to such an ideal long-term policy? And if so, when?

Only time will tell if this risk is worth the potential reward. Let’s hope Jefferson was right.

Interested in more national news? We've got you covered! See More National News
Previous Article KENNEDY: Tax Cuts Are Working Sector By Sector For Louisiana
Next Article Colin Kaepernick To Be The Face Of Nike “Just Do It” 30 Year Reunion Campaign