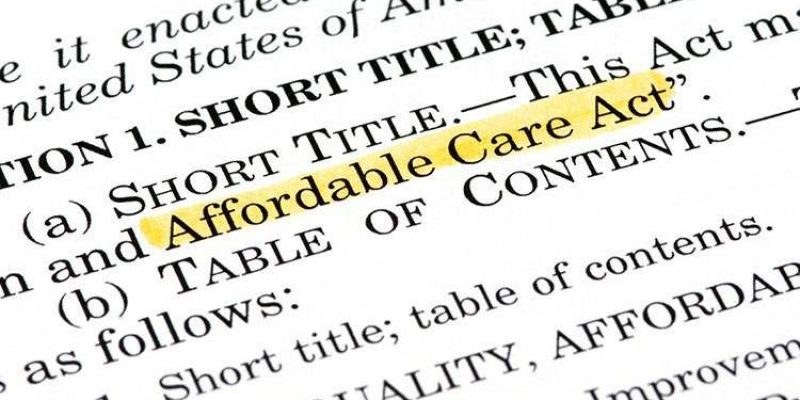 The most recent filings in February and April highlight a tension that has existed in the U.S. since the 10th Amendment completed the Bill of Rights and was added to the U.S. Constitution.

After the ACA became law, Texas did not create a state exchange for health insurance. But the ACA increased the amount of money Texas was required to pay to the Internal Revenue Service through its Medicaid-managed care organizations, which led to the lawsuit. In August, a U.S. District Court for the Northern Division of Texas ordered the IRS to repay Texas and five other states more than $839 million for illegally collected Medicaid fees.

“Obamacare is unconstitutional, plain and simple,” Attorney General Bill Paxton said after the ruling. “We all know that the feds cannot tax the states, and we’re proud to return this illegally collected money to the people of Texas.”

Texas’ February 2018 lawsuit against the government, Texas et al. v. United States et al., includes 19 other states, and is co-led by Wisconsin Attorney General Brad Schimel. The group argues that the ACA should be repealed, pointing to the 2017 Tax Cuts and Jobs Act that eliminated the individual mandate penalty.

Robert Henneke, an attorney with the Texas Public Policy Foundation, who presented arguments at federal court in September, argued that without a tax, the federal government has no business regulating health care.

“Our argument is without it generating revenue for the federal government, then that provision is unconstitutional and the entirety of the Affordable Care Act fails,” Henneke argued.

The states should be allowed to create their own health care systems without federal interference, he adds.

“We would say let the states do it,” Henneke said. “The states are in the better positions, it’s a more appropriate role for the state to craft policies that will provide for health insurance.”

The Trump Administration chose not to defend the federal government. In April 2018, California Attorney General Xavier Becerra filed a motion to intervene and defend the ACA, arguing that federal funds were necessary for providing health care and Medicaid benefits to states.

If the ACA is terminated, Becerra argues, California would stand to lose $160.2 billion in federal subsidies, and “Americans living in the states seeking to intervene could lose half a trillion dollars in health care funding if this lawsuit succeeded.”

California was granted standing in May and 18 attorneys general from Connecticut, Delaware, Hawaii, Illinois, Kentucky, Massachusetts, Minnesota, New Jersey, New York, North Carolina, Oregon, Rhode Island, Vermont, Virginia, and Washington joined its motion. They maintain that the ACA has survived nearly 70 unsuccessful repeal attempts in Congress since it was passed in 2010 but stands because it is constitutional.

Ben Barnes, Connecticut’s Office of Policy and Management director, argues that the ACA brought billions of dollars of federal funds to the state, expanding health care coverage and establishing new health programs. If the ACA were repealed, he argues, eliminating federal tax credits and federal Medicaid subsidies (a loss of $12.5 billion) would cost 35,900 jobs and an estimated loss of $39.1 billion in business output, $23.3 billion in gross state production and $748 million in state and local tax revenue over five years (2019 to 2023).

At the time of February 2018 filing, 18 attorneys general suing the federal government were all Republicans. At the time of the April filing, 18 attorneys general defending the ACA were all Democrats. Approaching the midterm elections, many from both parties are either seeking or not seeking re-election. Some announced their candidacy for governor.

The ACA imposes rising costs and transfers an enormous amount of regulatory power to the federal government, Paxton and Schimel argue. In the 39 states, where the federal government administers health exchanges, health insurance premiums rose about 105 percent from 2013 to 2017, the suit states. And in 70 percent of counties in these states, residents only have access to one or two health insurers providing limited coverage.

In September, U.S. District Judge Reed O’Connor questioned attorneys on both sides and said at the end of the hearing, “You’ve given me a great deal to think about.” He has not stated when he will issue his ruling.

Since the passage of the ACA, numerous states and organizations have filed lawsuits in federal courts arguing it violates the Commerce Clause (Article 1 Section 8 Clause 3), the Origination Clause (Revenue Clause, part of Article 1) or the Separation of Powers Provisions (Article 1 Section 1), rendering it invalid.

In 2012, the U.S. Supreme Court heard oral arguments over two cases and ruled on several points. In sum, it ruled that the ACA could not have been upheld based on arguments rooted in the Commerce Clause. It upheld the individual mandate by arguing that the “penalty” Congress legislated was constitutional because Congress is authorized to tax. The Court also limited the expansion of Medicaid initially proposed under the ACA.

Since the tax no longer exists, plaintiffs argue, the ACA is a moot issue and the administration and funding of health care is a state, not federal, issue.

Regardless of which way the court rules, the case is expected to reach the Supreme Court, where the matter may be finally settled.

Interested in more news from Texas? We've got you covered! See More Texas News
Previous Article Report: Lake Charles, Shreveport rank at opposite ends on jobs, economic growth, poverty rate
Next Article Louisiana Is Now Involved In What Could Be A Landmark Gun Rights Case At The Supreme Court