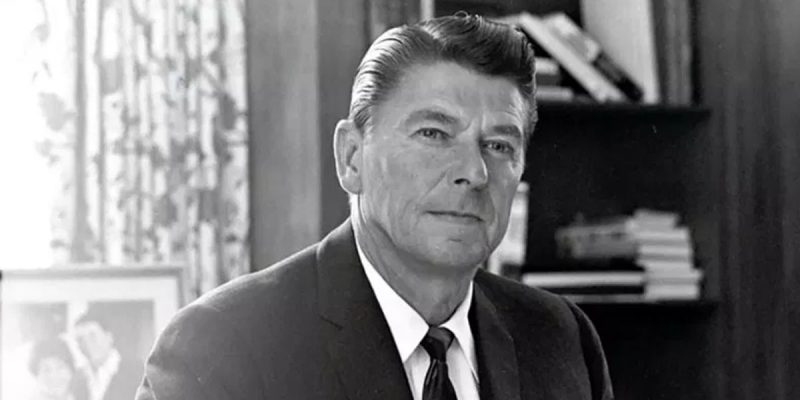 “Freedom is never more than one generation away from extinction.  We didn’t pass it to our children in the bloodstream.  It must be fought for, protected, and handed on for them to do the same….”

When the Great Communicator first said these words in 1961, the United States faced the expansionist Soviet Union in the Cold War.  At that time the threat to liberty was external.  With the triumph of the West in the four decades face-off with Moscow, times have changed as has the primary threat to American freedom.

In the second decade of the 21st century the danger posed to freedom doesn’t come from Russian communism but political correctness imposed by the domestic left through not just politicians but by  their fellow travelers in academia, entertainment, and the media.

Starting in the 2016 presidential election, we have witnessed unprecedented harassment, acts of intimidation, and outright violence committed against conservatives.

Attendees at Donald Trump rallies and college campus lectures by those opposed to the Left have been  attacked by mobs, historic monuments have been vandalized, and Republican headquarters have been trashed.

Just as disturbing are the attempts to “chill” support for Republican Party through the public condemnation of donors, most prominently by the California Democratic Party which called for a boycott against the popular West Coast hamburger chain In-n-Out.

While California might be decidedly “Left Coast”, they apparently love their “Animal Style Fries” and business has remained brisk at In-n-Out, even the Sunset Boulevard location just blocks away from the Hollywood Walk of Fame.

We are told that dissent if not outright criminal acts of so-called “resistance” to the Trump Administration is patriotic while espousing views contrary to the Left is classified with the “catch all” condemnation of “hate speech”.

What we have seen are the makings of a “soft tyranny” by stifling free speech and imposing economic hardships on conservatives.

And history has taught us that softy tyrannies quickly become hard tyrannies.

We’ve seen how the left has brazenly exploited the power of the state to inflict harm upon individuals and businesses who refuse to subscribe to their ever “evolving” world view.

It’s only a matter a time before the Left moves from targeting businesses to churches, first through taxation and then followed by regulation.  It wasn’t long ago the leftist mayor of Houston demanded that pastors submit their sermons to City Hall for review.

The above quotation from the man who would become America’s 41st president 19 years later concluded with an ominous warning about the consequences of not being vigilant about protecting our “inherited” liberties.

“or one day, we will spend our sunset years telling our children and our children’s children what it was once like in the United States where men where free.”

As the Democratic Party continues to accelerate toward a militantly progressive direction, it is no longer hyperbole to perpetually describe the next federal election as the most important in our lifetime – for it is then when Americans add oil to keep the lamp of liberty to keep its flickering light from being extinguished.