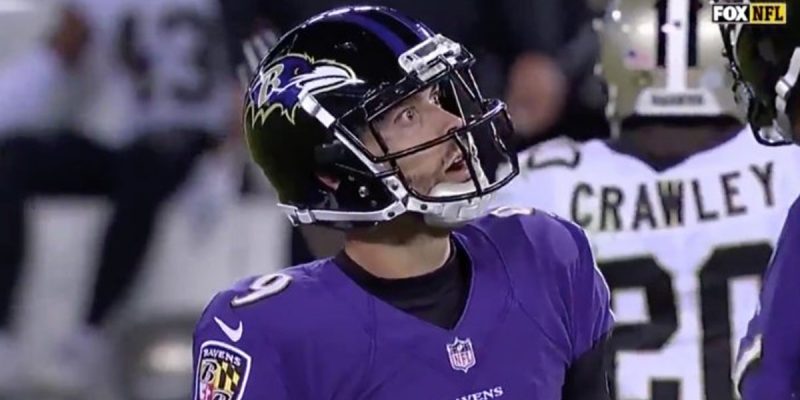 Yes, they’re considered the least expensive loss because of their relatively minimal impact on playoff tiebreaking and seeding compared to a divisional or intra-conference game.

But the Baltimore game was more than about keeping ahead of the Carolina Panthers and Tampa Bay Buccaneers.

In 2018, Quarterback Drew Brees has harvested a bounty of records.

There was the all-time pass completion record in Atlanta.

And much more memorably the all-time passing yards record on a touchdown bomb in the Superdome against Washington.

True, Brees punched his membership in the 500 touchdown club at M&T Stadium – which appropriately enough features a statue of the great Johnny Unitas, whose consecutive games with a touchdown pass he beat during the infamous Payton-suspension season.

But the latest distinction earned by Number 9 was finally defeating the Baltimore Ravens – something he never did as a San Diego Charger or as a New Orleans Saint.

And with the clock running down on his illustrious career and our next regular season match up with the Ravens not slated until 2022, it was probably now or never for Brees.

And you could tell how important this game was in the opening minutes when the Saints went for it on fourth down four times, including deep on their side of the field.

Though the drive didn’t result in any points on a failed fourth down conversion attempt in the Ravens’ red zone, the Saints did manage to keep Baltimore’s stifling defense on the field an extend period.

That wear down style of play paid big dividends when the Black and Gold offense enjoyed success later in the game as the exhausted Ravens’ D just couldn’t keep up playing the foundation for a rally.

With the win over #32, Beees joins Peyton Manning and Brett Farve in having beaten every team in the league.

Of course the reason why Tom Brady will never make it in is because there’s no chance of him wearing another team’s jersey…unless doing so as part of a Halloween costume.

The last big milestone for Brees to claim is the all time passing touchdown record. And thanks to Manning blowing it up his final season in the league, Brees won’t reach it until 2019.

And then he must contend with Brady chasing that same record so the matter might not be definitively settled until the Patriot quarterback hangs up his cleats.

The Baltimore game is the lead off contest that will run through a gauntlet of top tier opponents that will almost certainly set the NFC playoff seeding.

That said, Brees deserves to savor this hard fought victory against one of the toughest defenses in the NFL.

The game in Edgar Allen Poe’s hometown provided an interesting subplot (and more than a few memes) involving the two teams’ kickers.

Prior to joining the Saints (and mercifully ending the kicker revolving door on Airline Drive), kicker Will Lutz was with Baltimore – though without any real expectation of replacing Justin Tucker in that role.

That said the Ravens valued Lutz and tried to ship him off for some kind of compensation until roster cuts compelled his release. The Saints scooped him up gratis and he’s been a reliable special teams player for New Orleans.

The last Saints’ score was a Lutz field goal near the Two Minute Warning mark that gave the team a 7 point lead.

Unfortunately the Ravens marched down the field in short order and scored a touchdown with Tucker set up to tie it with a extra point boot that would send the game to overtime.

And then the unthinkable happened when Mr Automatic missed his first point after. Tucker’s kicks were a bit off that evening sending his opening field goal very close to the post.

Tucker’s facial expression made its way to the interwebs in quick order and much mirth has been enjoyed at his expense.

For the Saints the missed point-after exorcises the ghost of the River City Relay ending of long unhappy memory.

For the once-cut Lutz, making the deciding field goal was POEtic justice.

Interested in more news from Louisiana? We've got you covered! See More Louisiana News
Previous Article No Justice, No Peace. #FreeDevin, Y’all.
Next Article DOTD Is Not Happy With Garret Graves About His New TV Ad