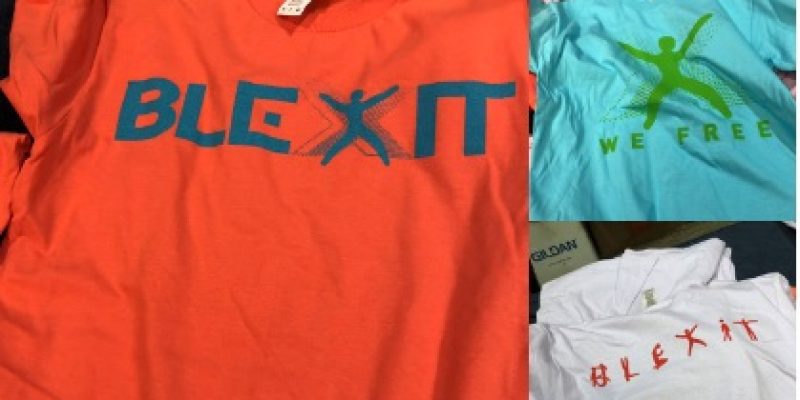 What the mainstream media refuses to report is the number of black Americans proudly supporting President Trump. And they are advocating that blacks exit the Democratic Party, calling the movement “Blexit.”

“Blexit is a renaissance and I am blessed to say that this logo, these colors, were created by my dear friend and fellow superhero Kanye West,” Turning Point USA’s communications director, Candace Owens, said.

Owens added that West “has taken one of the boldest steps in America to open a conversation we have needed to have.”

.@KanyeWest designed these “Blexit” t-shirts for @RealCandaceO’s new “Blexit” movement. They were handed out at #YBLS2018 pic.twitter.com/fh4IT6lVut

I now Officially declare this a Movement.

Our Black brothers and sisters are breaking the Democrat chains of Identity Politics.

What an amazing time to be alive!@RealCandaceO @charliekirk11 @TPUSA https://t.co/BafDOIDafn

Thank you @realDonaldTrump for inviting us to the White House.
Al Sharpton said you paid us to be there and if so where is my Check? The Lies they tell!
Also Thank you @charliekirk11 & @RealCandaceO for making this happen. pic.twitter.com/vOpHzGyzAb

For years and years, your pockets have been lined by racist white liberals— so long as you worked to keep blacks upon their plantation.

You stood side by side with racists and helped them to destroy our communities.

At long last, your time is ending, coward.