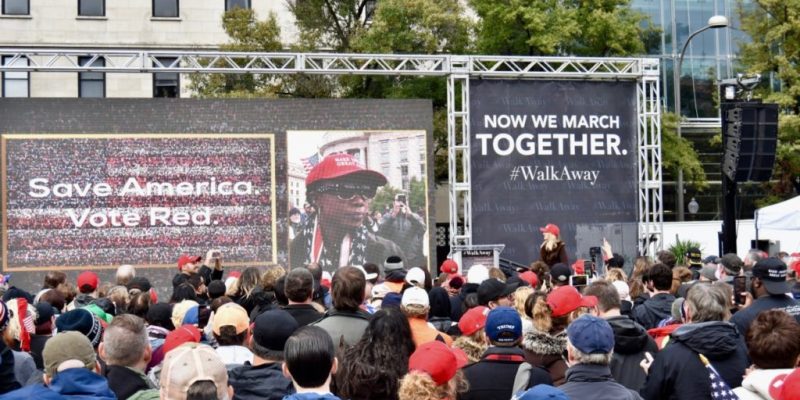 Brandon Straka, the former Democrat who launched the #WalkAway movement, posted a video urging others who are fed up with the mob rule mentality of the Democrat Party to leave it.

“I definitely did not think when I released my video on May 26 that I would be standing in Trump International Hotel, wearing an ‘I love Trump’ top hat and tuxedo,” Straka said.

Rally participants celebrated at Trump International Hotel with hundreds of #WalkAway liberals. Conservatives who support them are called, #WalkWiths.

Gathered at Freedom Plaza in Washington, DC, the #WalkAway movement said they are sick of “the bigotry” and divisiveness of the Democrat Party.

“It doesn’t matter if you’re black, white, brown, red, Christian, Jewish. If you love this country…you are part of the #WalkAway movement.

“This is why they hate us. They hate us because they can’t stop us,” he added.

Burns said that Republicans will win the midterm elections and keep their majorities in the House and Senate.

“We’re gonna win these midterms and make sure we retain the House and Senate to support who I believe the greatest president America has ever seen, Donald J. Trump,” he said.