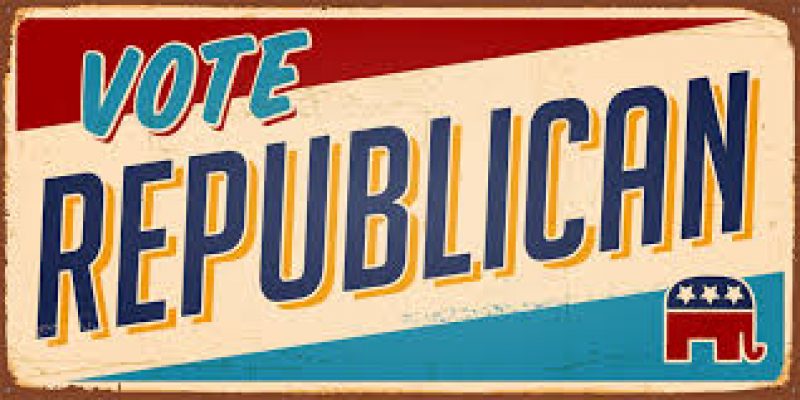 According to NBC’s findings, Republicans are outpacing Democrats in early voting in key battleground states. Of the eight states NBC highlights, Republicans have the lead in seven of them. This rightfully has Democrats worried. Even NBC is asking, “Is the ‘blue wave’ turning purple?” 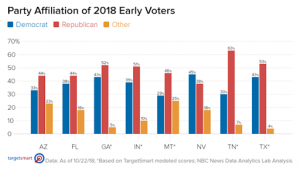 Going by party affiliation, the only state that Democrats lead above is Nevada by a margin of 7 percent as of October 22nd. In the states that Republicans lead, six out of the seven have an early voting lead greater than that of Nevada’s 7 point lead. This represents a much more comfortable sport for Republicans with their early gains.

In fact Republicans have had substantial turnout in several of these battleground states. Republicans lead in Tennessee by 33 percent, Montana by 17 percent, Indiana by 12 percent, Arizona by 11 percent, and Texas by 10 percent.

“Key Senate races are underway in seven of those eight states and will prove pivotal in determining which party controls the chamber,” NBC reports. “The latest data suggests robust enthusiasm among early Republican voters that could put a dent in Democratic hopes for a ‘blue wave’ in next month’s midterm elections.”

While the “blue wave” rhetoric is still being used, the expectation of a blue wave has clearly faded. More and more liberal news agencies are acknowledging the prowess of the Republican base now that the election process has begun.

The trends have been set. It is not as if the percentages above are insignificant. “As of Oct. 22, over 5 million votes have been cast early or absentee in the 2018 midterm elections nationwide,” NBC reports.

A noticeable portion of those 5 million early votes counted came from these battleground states. Election day is still weeks out, however this is not the start Democrats were hoping for. An adequate sample size has already been taken from these eight states. If the blue wave is to manifest, it is now or never. Even if voter turnout for Democrats is good, it is looking more and more like they will be battling high voter turnout from Republicans.