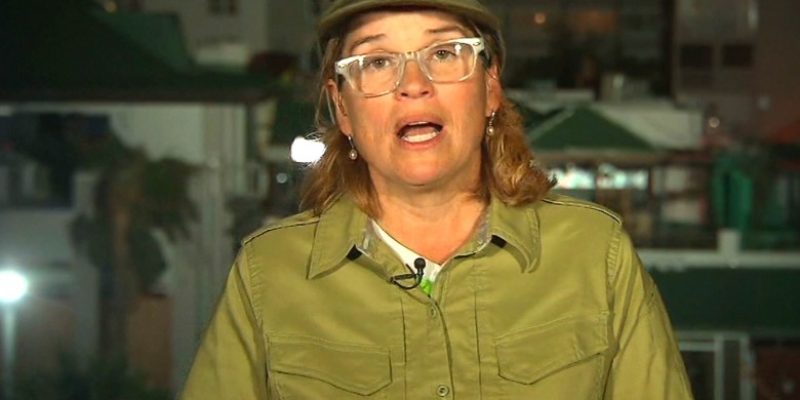 Well, her offices just got raided by the FBI for … wait for it… suspicion of corruption.

But administration officials pointed out the problem wasn’t on Trump’s end. Puerto Rico’s lack of infrastructure, allegedly corrupt officials made it nearly impossible to administrate aid. Cruz allegedly hampered, and occasionally blocked, the distribution of supplies to people without food, water, medicine, or electricity.

NBC News reported that “FBI agents were seen raiding an office on the 15th and 14th floor of Torre Municipal de San Juan, according to authorities. The operation was related to suspected corruption in the purchasing department.”

“We are seeking documents and evidence that support this allegation,” an FBI spokesman told NBC. “This search will help us confirm if allegations are true or not. We will look through every document, bill, email … anything that will let us clarify the claims.”

Cruz pledged her “total collaboration” (did she mean cooperation?) on Twitter, stating, “If someone has done something wrong, they should be subjected to due process and face the consequences of their actions.”

Does that include Cruz?

Fox News reported that the FBI’s investigation focuses on whether Cruz and her political buddies gave city business — and money — to preferred companies that overcharged the city by thousands of dollars. And one of Cruz’s own staff blew the whistle on her.

Her former director of procurement, Yadira Molina, reported “alleged irregular acts” to a local comptroller in February. She told officials, “a supply company was granted ‘preferred supplier’ status which paid them more than three times what regular suppliers made,” and Cruz may have been responsible for securing the deal.