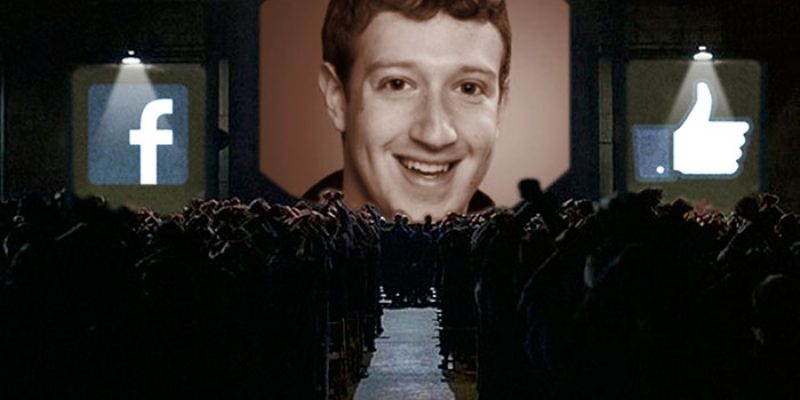 Here’s a question we’d like an answer for since Mark Zuckerberg and his children’s crusade of censors are busy killing political speech on social media – why is Markos Moulitsas and his Hard Left crowd allowed to spam Facebook viewers with attack ads disguised as news posts from neutral-sounding pages while others like Right Wing News, Noisy Room and Nation In Distress get tossed down the memory hole.

The Texas Tribune, interestingly enough, ran a story on this in the context of the Texas Senate election.

Some political groups on the left are borrowing a tactic from disinformation campaigns, placing ads on Facebook that pretend to be impartial information or unbiased news sources, when in fact the ads spread misleading facts about candidates.

One ad, taken out by a group called “The Voter Awareness Project,” reopens old wounds between President Donald Trump and U.S. Sen. Ted Cruz, implying that Trump is at odds with Cruz even as the president stumped for the senator last week near the end of Cruz’s surprisingly close re-election bid against Democrat Beto O’Rourke.

“Trump’s trying to drain the swamp of do-nothing politicians. Trump says Lyin’ Ted Cruz has accomplished nothing for Texas, and he’s right,” the ad reads, referring to a 2016 tweet from when Trump was a candidate.

But Trump and Cruz have since buried the hatchet. Trump has been endorsing Cruz for re-election since February. He recently said, “He’s not Lyin’ Ted anymore. He’s Beautiful Ted. I call him Texas Ted,” and he held a rally for Cruz last week in Houston.

What’s bad about this is the fact it’s Moulitsas, who’s best known as the proprietor of the nutbag left-wing site The Daily Kos, is the guy behind this campaign.

The name of the Oakland, Calif.-based group running the ads sounds nonpartisan — The Voter Awareness Project — but the super PAC behind the ads is not. According to filings with the Federal Election Commission, the super PAC’s treasurer is Markos Moulitsas, the well-known liberal blogger behind Daily Kos.

Moulitsas told The Texas Tribune and ProPublica that the super PAC was his “side project” and that the goal behind the ads was “reminding people how Trump feels about many of the Republicans running this year.”

“VAP simply presents factual information on statements Trump and Republican candidates have made about each other,” Moulitsas said. “The goal is to raise voters’ awareness of this information.”

Others who monitor political ads called the Cruz ad deceptive, however.

“This ad employs a form of information disorder we frequently refer to as ‘false context,’” said Cameron Hickey, who researches misinformation at the Information Disorder Lab at the Harvard Kennedy School’s Shorenstein Center. (Hickey and the Shorenstein Center are partners with ProPublica in the Electionland project.) “By employing Trump’s Lyin’ Ted epithet from the 2016 campaign, without the relevant context that Trump has recently supported and campaigned for Cruz, this ad has the potential to mislead Trump supporters into believing that Trump doesn’t support the candidate today, which he does.”

Moulitsas denied that the ads were misleading and said, “The ads include the key context of the date the statement was made.” The date was included in portions of a 10-second video included in each ad.

He’s lying. The ads he’s running are clearly meant to deceive, and Facebook has been killing pages based on that standard – in fact, they’re pretty aggressive about it.

And yet he’s still plugging away at it – though on a lot smaller scale than he’s capable of, which tells you this is only going to get worse.

There’s another Facebook page called Breaking News Texas which is nothing more than an attack page going after GOP congressman John Culberson, who has a leftist nut Democrat opponent named Lizzie Pannill Fletcher. Breaking News Texas is a project of the far-left Environmental Defense Action Fund, which is attacking Culberson because he votes to promote industry in his Houston-area district.

Other groups have pages that masquerade as news outlets: “Breaking News Texas” criticizes Republican congressman John Culberson of Houston in a mock newscast saying he “FAILED to prepare Texas for Hurricane Harvey.” A nearby disclaimer saying the ad was “paid for by EDF Action” makes it a bit clearer that Breaking News Texas is actually the Environmental Defense Action Fund. Culberson’s re-election bid against Democrat Lizzie Pannill Fletcher has emerged as one of the most expensive races in Texas this year.

The fund’s political director, Jack Pratt, said, “We put ‘Breaking News’ at the top because we want to get Texas voters’ attention to Mr. Culberson’s record of failure on these issues.” Pratt also said that “we think the framing is fair and open” and that EDF’s “full disclosure and web address is also on the ad.”

And yet Facebook does nothing about this while they’re busy killing small businesses engaged in alternative media.

As we’ve said before, there’s a real problem with Facebook’s inconsistent understanding of its role. If Facebook took the position that its role is to provide a platform for anybody and everybody who wants to speak, then there wouldn’t be any reason to complain about why the Daily Kos can sponsor political attack pages without incident while others are being banned.

Unless what this is about is that Moulitsas is willing to dump advertising money into Facebook while some of the others are not.

Except Right Wing News has spent more than $300,000 growing its Facebook audience, so that isn’t it.

A week from now the midterm elections will be over, and we may – or may not – get an opportunity to have some sort of official scrutiny around how Facebook and other Big Tech players handled themselves within the context of the election. That scrutiny is well warranted.