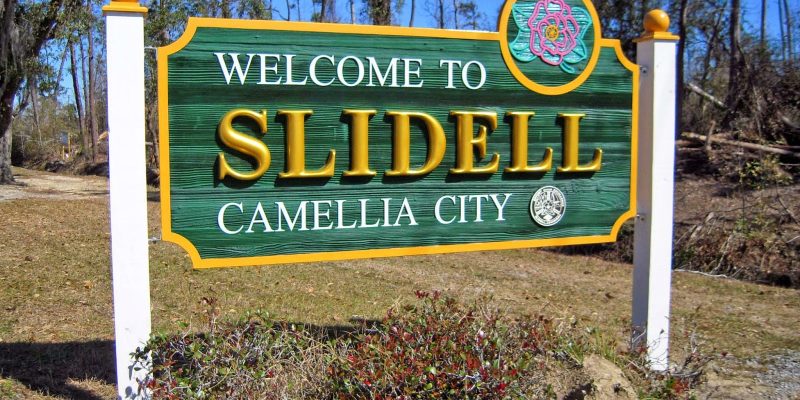 In April, then State Rep. Greg Cromer was elected Mayor of Slidell. He left the legislature after the last special session and vacated the District 90 seat.

District 90 is in East St. Tammany and covers much of Slidell and Pearl River. The district’s party breakdown is 40% Republican, 31% “other”, and 29% Democrat. It is one of the most Republican districts in the state and the Republicans are favored to hold the seat.

Here’s a little bit about all four candidates.

Mary DuBuisson is 64 and served as Cromer’s legislative assistant for 8 years. Her campaign platform is promoting public safety and flood protection. She is also emphasizing her experience working for the legislature and constituent services. Her consultant is James Hartman, who is one of St. Tammany Parish’s most successful ones.

Brian Glorioso is a 44-year-old attorney. He has been endorsed by the Alliance for Good Government and the Greater New Orleans Republicans. His campaign platform is emphasizing creating a business-friendly climate, fixing public and higher education, and infrastructure. His consultant is Greg Buisson, who is well known for his work, particularly in Jefferson Parish but has worked St. Tammany races as well.

Sean Morrison is a 37-year-old attorney. He is the chairman of the St. Tammany Democratic Party and enjoys the support of the AFL-CIO, the local Indivisible chapter, the teachers’ unions among other traditionally Democratic groups. He is the first Democrat to run for the seat in a very long time. His platform is promoting traditional Democratic priorities such as more spending on education and healthcare.

John Raymond is 56 and is the senior pastor of the New Horizon Church. He is also the vice-chair of the St. Tammany Republican Party. His campaign has drawn the support of St. Tammany Parish’s heavy hitters such as State Sen. Jack Donahue and St. Tammany President Pat Brister. State Rep. Mark Wright also hosted a meet-and-greet for Raymond. He is also touting national endorsements from Family Research Center President Tony Perkins and Rev. Franklin Graham. Raymond is seen as the most ideologically conservative candidate in the race and is running on a platform of defending Christian conservative values. He is also pushing for spending cuts, incentives for businesses, and infrastructure.

So far, Mary DuBuisson is winning the fundraising race by a lot. She has raised nearly $42,000, mostly from within the district. The next highest is Brian Glorioso who has raised over $29,300, from mostly all over metro New Orleans. John Raymond and Sean Morrison lag behind with $18,950 raised and $10,040 raised respectively.

Campaign wise, there are more John Raymond 4×8 signs than anyone else in Slidell. He was the first out of the gate with signs and he has invested much of his limited resources in a sign campaign. If signs voted, he would be in very good shape. Although there are fewer DuBuisson and Glorioso signs, they are still pretty prevalent in Slidell. Sean Morrison doesn’t have much of a sign presence, except on some street corners.

As for direct mail, the writer has received several pieces from Glorioso and a couple from DuBuisson. They were standard direct mail pieces touting their platforms. But this weekend I received an odd mailer from Raymond. It was a letter sized envelope and in it was one of his pushcards, a letter explaining his platform, and an invite to a rally/fundraiser. Raymond has since followed this up with a booklet, which again is an odd mailer from a candidate.

Who will win the race? Hard to tell. There will likely be a runoff.

CORRECTION: The story has been corrected to show that State Rep. Mark Wright did not endorse John Raymond. He merely co-hosted a meet and greet for him. The writer was mistaken. We apologize for the error.