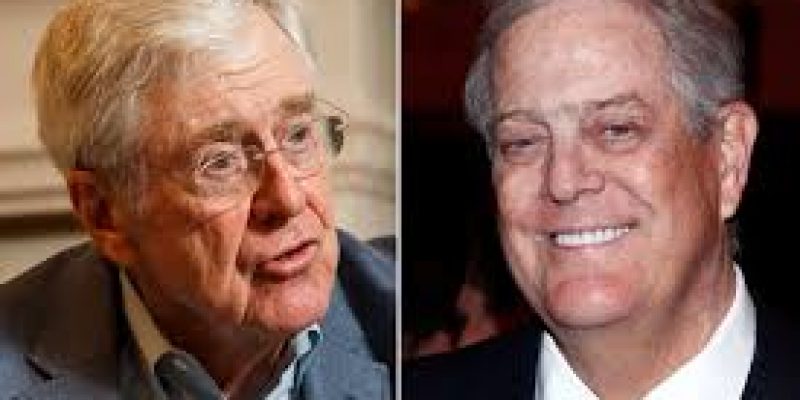 Billionaire Koch brothers, through their large network of organizations, have been campaigning for democrats and their open borders policies in the lead up to the 2018 midterms. Included in their efforts to oppose immigration reform are the two groups LIBRE Initiative and Freedom Partners. Both groups stand opposed to the Trump immigration agenda.

By extension of the support from the billionaire donors, these groups are effectively voicing the political agenda of the Koch brothers. Freedom Partners Executive Vice President Nathan Nascimento has said,  “We should always welcome people who desire to come here and contribute because it is both morally right and their efforts benefit our nation, economy, and taxpayers.” Currently, those that come over and “contribute” are also regularly receiving government assistance.

Trump has recently advanced efforts to make sure that dependent immigrants, those that would rely on government welfare programs, will no longer be granted green cards. This would be a major relief for the American taxpayer, “who currently spend about $57.4 billion a year on paying for the welfare, crime, and schooling costs of the country’s” 1.5 million new immigrants every year, Breitbart reports.

The efforts of the administration, if successful, would dramatically reduce the inflow of new welfare dependents into the nation. However, if democrats are able to thwart Trump’s efforts, keeping the status quo may be the best case scenario. Open borders and abolishing ICE are mainstream initiatives for democrats this election cycle. Those policies would quite likely exacerbate the legal and illegal immigration issues that face the nation and the American people.

Interested in more national news? We've got you covered! See More National News
Previous Article There’s A Leftist Group Springing Violent Criminals On Bond In New Orleans
Next Article Trump: “Nobody Treats Us Much Worse Than The European Union”