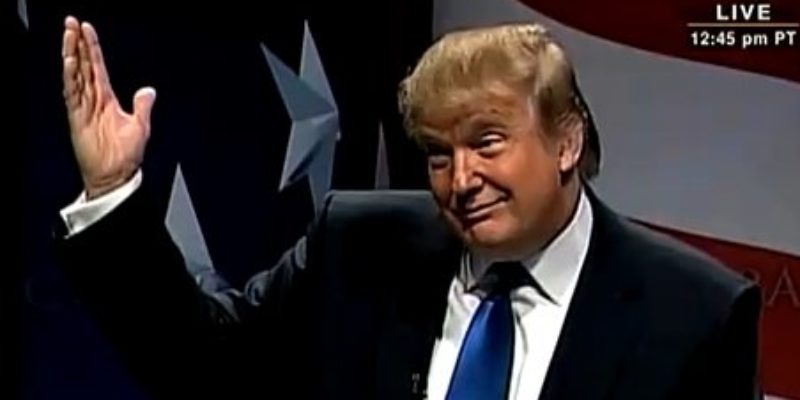 President Trump took the time to do a CBS 60 minute interview. The hour long interview was full of heated exchanges on a multitude of topics. Whenever the EU was brought up, Trump did not hesitate to criticize poor trade relation the United States has had with the European Union for years. On the issue of trade, Trump suggests, “Nobody treats us much worse than the European Union.”

The president acknowledges that when it comes to trade, the EU has been taking advantage of the U.S. for years. He even suggests that the formation of the EU was in part to solidify a collective European trade policy at the expense of the United States. “The European Union was formed in order to take advantage of us on trade,” Trump said to interviewer Lesley Stahl.

Ms. Stahl accused Trump’s remarks and overall stance as hostile, and therefore unnecessarily aggressive towards the European Union. The President replied, “You know what’s hostile, the way they treat us. We’ve been the stupid country for so many years.” It is this deemed “stupidity” that Trump has gone to great lengths to correct just two years into his presidency.

Trump has be strong in his rhetoric on U.S. trade relations, not just with the EU, but across the globe. America is the only country that has practiced the closest thing to “free trade” for quite some time, which has lead the nation to be taken advantage of by others that do not practice this trade policy. American industries have suffered due to the lack of government policy that protects the American worker and the competitiveness of the American market. Thus, the current administration has argued for a new approach on trade, that of “fair trade”.

The status quo has been tossed aside, and this has in turn made business as usual characters uncomfortable. When Trump speaks up about unfair trade practices, he is not commended for his ability to recognize how this has negatively impacted the American marketplace, but instead regarded as “hostile”.

Nevertheless, Trump has proven to be resilient to the constant pressure from critics to reform his agenda. The tense 60 minute interview with Lesley Stahl confirmed just that.