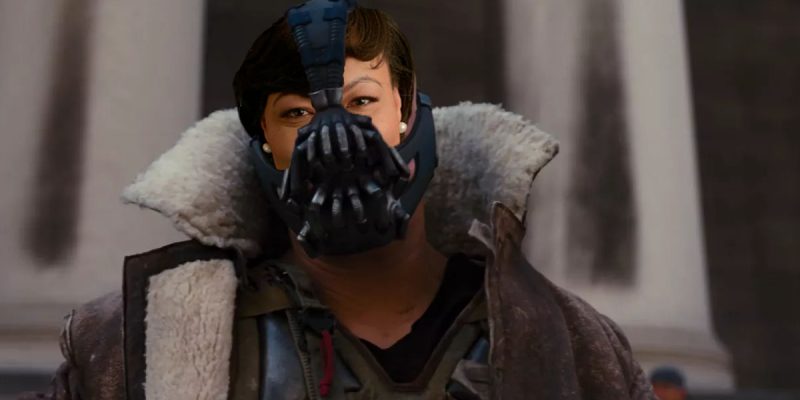 WWL had this story, which brought to mind the revolution Bane and his merry band of mercenaries inflicted on Gotham City in The Dark Knight Rises, yesterday. It seems there is a “civil rights” group, likely funded by the usual sources, which is coughing up bail money to New Orleans’ newly-arrested criminals.

Police often complain about the revolving door that puts criminals back on the street shortly after they arrest them. Dramatic reforms in bail practices at New Orleans Criminal Court have been turning that age-old complaint into an everyday reality.

Mayor LaToya Cantrell – keeping a campaign promise – continues to offer full-throated support of policies that lower the jail population and decrease the use of surety bail in getting suspects released before trial.

And get this: it’s one of Cantrell’s aides who’s behind this idea.

Joshua Cox, Cantrell’s Director of Strategic Initiatives, is founder of the New Orleans Freedom Fund, an organization that pays the full cash bail of arrested suspects who can’t afford to pay for their own release.

Cox incorporated the fund as a “low-profit” LLC in May 2017, a full year before he was hired to work at City Hall. But now as one of the mayor’s senior advisors, he continues his work with the fund, often personally paying the cash to spring criminal suspects from jail.

The fund – and the criminal justice philosophy behind it – has recently become a hot topic of debate at Tulane and Broad, with vociferous supporters and detractors.

“It’s extremely disturbing,” District Attorney Leon Cannizzaro said. “And I guess my question is why? Why are you doing this? Think about it. It absolutely is a get-out-of-jail free card.”

Cannizzaro is correct, because there’s zero incentive for somebody who isn’t on the hook for their own bail money to show up for their court date. In the vast majority of cases these are already outlaws, so the fact they may have jumped bail is hardly going to damage their standing in the community.

The bail bondsmen in New Orleans are up in arms about it, as you might well imagine.

They’re touting the fact that the prison population is dropping without an “appreciable” increase in the crime rate. Of course, crime reporting in New Orleans is hardly beyond reproach, so the crime rate may or may not be going down.

What is going down is bail amounts in Orleans Parish criminal courtrooms, and that’s what’s driving this business of the third party fund paying bail for the crooks.

That hasn’t stopped some individual cases from getting sharp criticism, like that of robbery suspect Gino McDowell, released after posting a $25,000 bond, only to get re-arrested after police say he returned to the victim’s store and threaten to kill him. Bail was set after that second arrest at only $200.

After weeks of research, WWL-TV found hundreds of recent bail amounts set at less than an average traffic ticket, some even lower. And in more than 200 cases, the bail was paid by the Freedom Fund.

Aggravated assault suspect Daniel Bonney had a $5,000 bail for aggravated assault reduced to $1. And even at that token amount, Bonney didn’t have to pay. The Freedom Fund paid it for him, records show.

Bonney pleaded guilty to the assault charge, but he has since racked up three more convictions, including aggravated battery for slicing another man with a knife. Bonney is now on probation and did not show up for his most recent scheduled court appearance on Oct. 3.

The activists who run the Freedom Fund use donations to pay cash bail for arrestees like Bonney. Records show the fund has paid more than $200,000 to gain the release of more than 200 defendants.

Cox was not made available for comment about the fund, but the mayor’s press secretary issued this statement:

“Mayor Cantrell has complete faith in Mr. Cox, and no objection to the work he does independently with the Freedom Fund on his own time. The Mayor is not aware of any impropriety, and we believe there is no conflict with his work as part of this administration.”

Court records show Cox has personally paid cash bail for more than a dozen defendants. Nearly all of the rest have been paid by the other Freedom Fund organizer, local educator Jennifer Schnidman Medberry.

The Freedom Fund works with the public defender’s office to determine which suspects are good candidates for a free release. But some choices are drawing fierce criticism.

Take the case of Desean Jefferson. Cox posted his cash bail of $2,500 dollars after a crack cocaine arrest, even though Jefferson was already on probation for an earlier theft conviction.

Then there’s Lance Lewis, arrested in May on a charge or third-degree rape. Cox paid $5,000 to get him out.

What we’d love to know is who the donors are to this Freedom Fund. Are they the usual Soros crowd, or is organized crime in New Orleans using the leftists at the Freedom Fund as useful idiots to keep their criminals on the job and out of jail?

Stay tuned. And keep that shootin’ iron handy if you live in New Orleans, because the cops and the legal system are in no shape to protect you from the criminals.