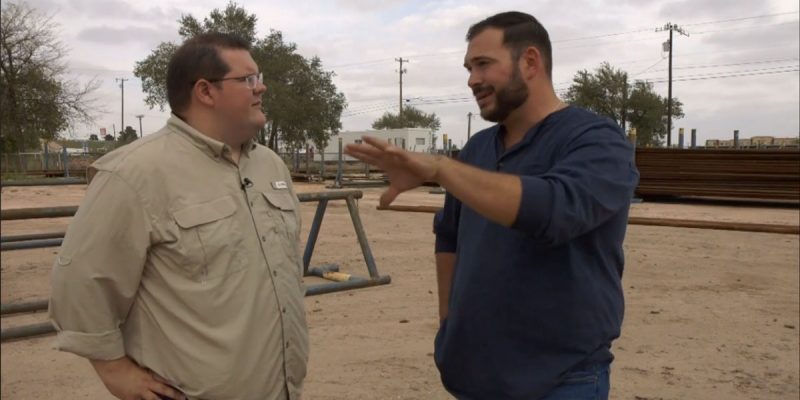 …and it’s worth watching, as this time Rob Kirkpatrick talks to Brian Boustany, a Church Point oilfield operator who has moved everything from Acadiana to Midland in order to open his own oilfield service business.

In case you missed the first two reports Kirkpatrick produced on how the oil and gas industry has in large part pulled out of the Lafayette area and started to relocate in West Texas, click here. Why has this happened? Well, most of it has to do with where oil can be produced for the cheapest price – and in and around Lafayette, that means deepwater drilling in the Gulf of Mexico. Which is very expensive compared with the vast and available reserves of the Permian Basin in West Texas and New Mexico.

But the other piece to this is Louisiana’s political and legal climate simply isn’t competitive with Texas where it comes to drilling for oil and gas. Severance taxes here don’t work, the state’s laws allowing for insane legacy lawsuits producing jackpot judgements don’t work, the governor’s insistence on siccing his cabal of trial lawyers on oil and gas companies for supposedly causing wetlands erosion don’t work. None of it works, and that’s why Louisiana is being left out of this country’s massive oil and gas boom.

Which is something nobody would have expected, as Louisiana’s economy has for 100 years been closely tied to oil and gas. Not any more – now, it’s the petrochemical industry which seems to drive what economic growth the state does have.

This doesn’t have to be a permanent problem. As we’ve reported, it isn’t as though Louisiana no longer has oil to pump out of the ground – we do. The economics of drilling in the Gulf may or may not be competitive, but soon there could be a minor drilling boom in the middle part of the state as the Austin Chalk field comes on line. Austin Chalk is a major play in the future stretching from Pointe Coupee Parish in the east all the way across the Sabine River into east central Texas to the west, and lots of land has already been leased in preparation for drilling.

Except it’s going to take some policy reforms in Louisiana to fix the lousy legal and economic climate here in order to re-create those oil and gas jobs which have escaped to Texas. And with the current occupant of the governor’s mansion committed to the current course which is assisting in driving the industry to Midland, none of that will happen.

Interested in more news from Texas? We've got you covered! See More Texas News
Previous Article Two Separate New Polls On The Secretary Of State Race Tell A Similar Story…
Next Article Bangladeshis at the Border