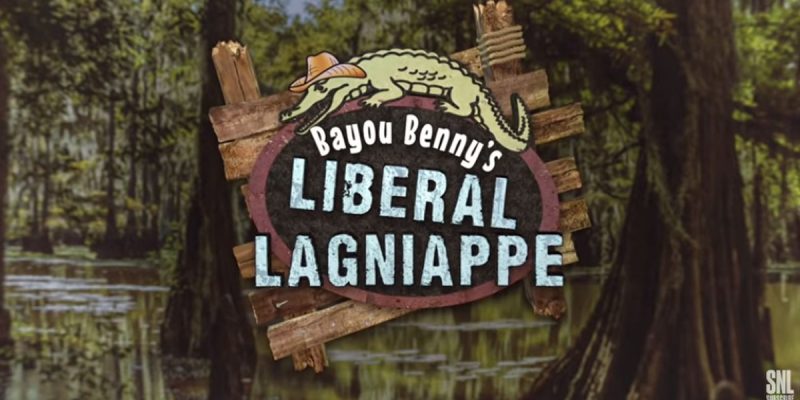 Nancy Landry, who might be your state rep if you’re from Lafayette, went on Twitter yesterday not all that happy about Saturday Night Live.

Dear @SNL, We won't complain because we #Cajuns are proud of our heritage (including our language, music, food), proud to be different, and proud of our accents. But isn't it hypocritical that you ridicule us when every other ethnic group is hands-off? https://t.co/tYd12g4i0e

If that’s not the worst skit Saturday Night Live’s ever done, with the worst accents they ever tried, then I’m a monkey’s uncle.

Which I’m not, because y’all all know I’m a nutria.

It’s one thing Saturday Night Live is nothin’ but politics when it used to be very little about all that. Politics ain’t all that entertainin’ – once in a while it is, but at best it’s interestin’ rather than entertainin’ and that ain’t even true late on a Saturday night – and other stuff is usually way more fun.

But those accents? If you can get more than a minute in to that skit, congratulations. Cher, dat’s some bad coonass accents. Reminds me of Dennis Quaid in The Big Easy. That bad.

It’s gettin’ to the point where they probably ought to take Saturday Night Live out back and put it out of its misery and then have a cochon de lait with the remains. They’re makin’ fun of public access TV in that skit but there’s more talent on public access TV in Lafayette than what I see on SNL now.

Whoooo, dat’s bad. It’s offensive not because they’re makin’ fun of cajuns – Adam Sandler at least used to be funny when he did that – but because they think people might actually laugh at those jokes.