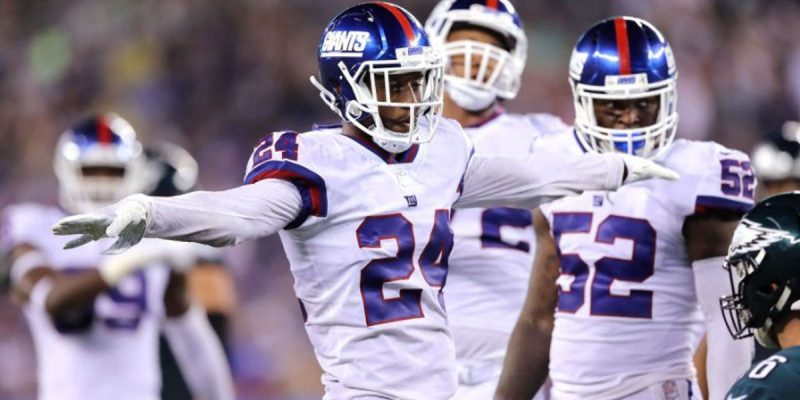 It’s not exactly the Patrick Peterson trade we were looking for, is it? But given the Saints’ never-ending affinity for former Ohio State defensive backs (Apple makes four, to go with Marshon Lattimore, Kurt Coleman and Vonn Bell), perhaps it makes sense to pick up the Giants’ underachieving cornerback instead of Peterson.

At least the price is a bit less steep than Peterson’s would be.

The New Orleans Saints have bolstered their secondary with a trade for New York Giants cornerback Eli Apple, according to a report from ESPN.

The Giants selected Apple out of Ohio State with the 10th overall pick of the 2016 draft. He has one career interception in 30 games with New York. He has broken up five passes and recorded one fumble and one fumble recovery this season.

The ESPN report indicated the Saints are giving up a 2019 fourth-round pick and a 2020 seventh-round pick. That leaves them with one selection in the first four rounds of next year’s draft.

Yes, but is Apple any good?

Pro Football Focus gives him a grade of 64.1 so far this year, which is “above average” and ranks him No. 55 among NFL cornerbacks. By comparison to P.J. Williams and Ken Crawley, the corners the Saints are seeking to replace by trading for Apple, that’s a pretty significant improvement – Crawley is so far a 47.9, which makes him the #105 cornerback in the league, and Williams is at 46.1, which ranks him #106. At least Apple rates as a starting cornerback, if not a particularly outstanding one. Apple is likely going to be in a similar situation in New Orleans to the one he’s leaving – he’s the cornerback teams have been picking on in New York because they’re more afraid of Janoris Jenkins on the other side, just like they’ll be more worried about Lattimore with the Saints. Last night, for example, Apple was mostly covering Calvin Ridley in the Giants’ 23-20 loss to Atlanta. In six targets, Ridley caught five passes for 43 yards with a long of 19. Apple had six tackles and no pass breakups in the game.

Interestingly Lattimore, who hasn’t quite followed up last year’s sensational rookie season with a monster second year, rates a 63.2 – marking him as the No. 58 cornerback in the league. That would make Apple a little better than Lattimore.

So far he’s better off than last season, which ended in Apple being suspended for violating team rules with conduct detrimental to the Giants’ franchise. There have been questions about his immaturity – maybe being put back in a unit with Lattimore and Bell will help give him a more grounded worldview.

We’d still really rather have Patrick Peterson, who by the way rates an 83.3 in PFF’s grading, placing him as the No. 4 cornerback in the league. Apple is an improvement on Williams and Crawley, but he isn’t a star opposite Lattimore. He’s got a long way to go before he’s that.

Interested in more news from Louisiana? We've got you covered! See More Louisiana News
Previous Article APPEL: How Do You Build A Strong Manufacturing Base In Louisiana?
Next Article Kennedy Cometh