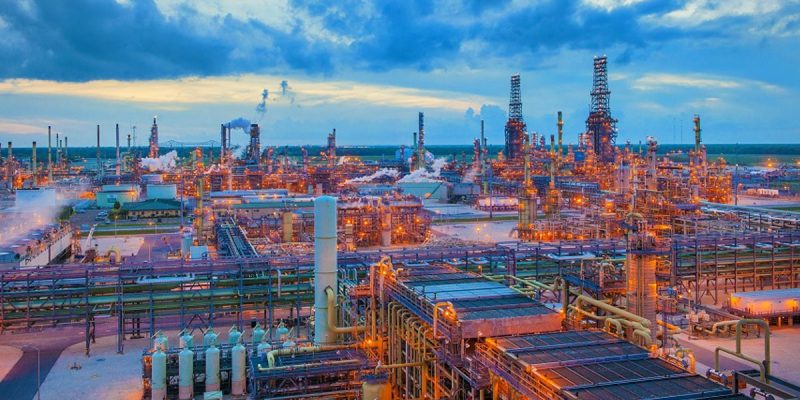 In his op-ed in the Hayride yesterday, LABI President Stephen Waguespack made a number of very significant points about manufacturing in Louisiana. Clearly manufacturing employees make up a significant number of our citizens and that these folks receive some of the highest wages and benefits in our state.

Unfortunately he also highlighted two other, not-so-positive issues. First, we live in a state whose economic fate is dominated by a governor whose political philosophy and whose actions are the antithesis of what would be considered necessary to create a positive climate to attract and grow manufacturing jobs.

Dating back to the 1930’s because of our state’s political climate we have had financial incentives to attract manufacturing. These have always existed for one reason; we have never had the leadership or the political courage to tackle the fundamental issues that create an economic climate that creates prosperity by attracting business. To move or grow here costs many businesses far more than in other states. Texas, Florida, and Tennessee all are doing phenomenally well because they recognize what good education, a fair tort system, good infrastructure, small government, low corporate taxes, etc. can do; we do not.

So we have had to use incentives to make up for the economic cost for business just to be here. That has worked for years but now the governor seems bent upon unwinding our economic underpinning created by these cost equalization incentives. The governor’s actions in themselves would not be bad except that to do so without first reforming government to make our state attractive is pure folly. The outcome will not be pretty.

Mr. Waguespack also notes that the manufacturing in our state in the 21st century is highly automated and many high tech jobs abound. What that means is that as compared to past times, despite significant capital investment, manufacturing facilities employ relatively smaller numbers but of more highly trained people. Though great for those who have the skill sets, that does not fit particularly well in a state whose education outcomes are so poor. Nor does it create the absolute number of high paying jobs that we could have and that we must have to break the cycle of poverty. Primary manufacturing is another asset that we must capitalize upon to grow our state.

Unfortunately, to a great extent what we are missing out on is the amazing growth of President Trump’s economy, an economy that is driven by a reduction of regulations and bureaucracy along with lower taxes. Further we are missing the great opportunity for home-grown manufacturing as President Trump places ever more emphasis upon creating American manufacturing jobs. So in a nutshell we have a US economy that is exploding because of the President’s economic policies. At the same time we have a Louisiana economy whose leadership is moving in the opposite political direction and that is only slightly growing primarily because of its linkage to the national economy. Perhaps one could draw the conclusion that having a business person instead of a politician or a lawyer as governor could have great significance to our people but that is a subject for another day.

Those who read my work know that my most significant concern with Louisiana’s government is that it has always lacked vision. Just to be clear this is not new, we have failed for years to benefit from the assets that we are blessed with. But in our current example our convoluted leadership knows that we are strong in manufacturing, but despite that it is undermining the very foundation on which we support manufacturing. Reacting to political expediency is not vision.

The other significant potential that could be linked to our assets is corporate jobs. New Orleans was but a few decades ago a major international hub of high paying corporate jobs; not so today. We have exhibited little focus on trying to attract corporate jobs to our state. Corporate jobs offer good salaries and benefits at all levels and are a sign of a healthy economy.

So how do we get these jobs? First we need that vision I always talk about. We will be a prosperous state, these are the steps to get there, and this is how we will accomplish our goal – that is called VISION.

Our overarching goal must be to bring Louisiana out of being just a growing welfare state to become the most business friendly state of the 21st century. Under good leadership we must solve major problems;

These are long-term, difficult issues. They won’t just happen, we must make them happen. We need to understand that these will be the only path to our long-term goal, so we need some short term props to keep us moving. Unfortunately, the sad truth is that those short term props will be highly dependent upon incentives. It’s our own fault. We keep electing people who literally offer nothing more than more of the same, and that is what we get.

The path to prosperity is not complicated but it is blocked by politicians who are unable to demonstrate to the people the great potential we have, assuming that only we are willing to accept change. Of course such a leader requires great political courage because change is frightening and people are comfortable in the security of what is known. That doesn’t mean that we can’t ever truly prosper, it just means that we really need someone who has the ability to present a vision of what we could be so that it quells the fear of the unknown.

Interested in more news from Louisiana? We've got you covered! See More Louisiana News
Previous Article Today’s The First Day Of Early Voting In Louisiana, And Here’s A Rundown On The Constitutional Amendments…
Next Article Oh. Eli Apple.