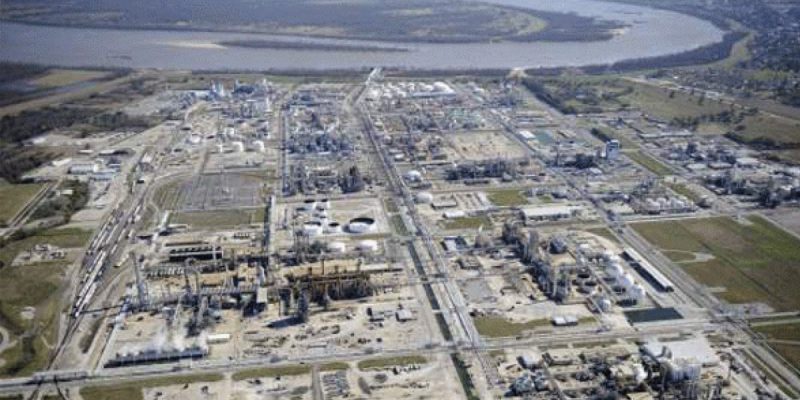 A few weeks ago, well-known economist and LSU Professor Emeritus Loren Scott released his Louisiana economic outlook for 2019 and 2020. The good news is the report was fairly positive about the prospects for growth in the coming year. In fact, his 120-page report was jam-packed with historical data and the same level of respected analysis we have grown accustomed to by Dr. Scott.

He predicts Louisiana will add over 23,000 jobs next year, which should help to offset the equivalent number of jobs lost in Louisiana over the last 28 months. He cites the main rationale for this prediction is the combination of a growing national economy, stable inflation, rising oil prices and declining gas prices that will help “fuel a remarkable industrial boom in Louisiana.”

That last part is the kicker. Investments in manufacturing and the high paying jobs it produces is the overwhelming factor in his position.

This month is Manufacturing Month and we, at LABI, are traveling the state to visit Louisiana manufacturing sites to learn about what we can do to increase these opportunities for our workers. The economic numbers tell the story of why this industry is so important for thousands of Louisiana families.

Nationally, manufacturers contribute roughly $2 trillion to the U.S. economy. For every $1.00 spent in manufacturing, another $1.80 is added to the economy, the highest multiplier effect in the country. Taken alone, U.S. manufacturing would be the ninth-largest economy in the world.

Here in Louisiana, manufacturers play an even more critical role. With an output of just under $50 billion, they account for 21 percent of the total state output and employ seven percent of our workforce. And these are good paying jobs. The average salary of $87,000 for manufacturing employees is more than double the average wage paid in Louisiana. Jobs like these provide a true path out of poverty.

Another fact about manufacturing jobs that is rarely discussed is that they are high-tech. Long gone are the days where these jobs were just about turning valves and monitoring gauges. Today’s manufacturing facilities are dominated by computers, intricate software solutions and other interactive hardware products that connect sites across the globe. The research and development for these manufacturing facilities and products require enhanced skills development for Louisiana workers. We, along with many of our 2,300 member companies, work closely with the education community each year to refine those skills and help our workers compete for these game-changing opportunities.

Dr. Scott once again predicts Lake Charles will continue to be the fastest growing metropolitan statistical area (MSA) in the state thanks to industrial manufacturing jobs. He also predicts that Baton Rouge is expected to aggressively grow next year due to the many industrial contractors in the region building and operating much of this industrial expansion we have seen for the last five to six years. Other regions are also banking on manufacturing investments serving as the foundation for their success.

This dependence on manufacturing for economic growth should come as no surprise to anyone familiar with Louisiana. What may surprise you is that the momentum in this sector is being felt due to smart policies at the federal level, and in spite of short-sighted policies at the state level.

Congress has cut taxes, and the Trump administration has reduced numerous onerous regulations passed under the previous regime intended to stifle domestic energy and manufacturing investment. Here at the state level, the debate in the Capitol the last few years has been going in the exact opposite direction. The governor and some in the Legislature have proposed numerous proposals to tax things like business utilities, manufacturing machinery, equipment, inventory and other valuable inputs. Additionally, the governor has rewritten the industrial tax exemption program twice via executive order and has written letters to local governments encouraging them to sue energy producers and manufacturers who have operated here.

This thinking simply has to change, and Louisiana’s economic approach must improve. More jobs that pay well in the private sector is good for everyone.

Don’t take it from me… take it from an economist. Take a moment to review Dr. Scott’s report here. I am confident you will see the same obvious takeaway I got: manufacturing jobs are good paying jobs… they are key to our economic growth… and we are well-positioned to get more of them if we would simply start adopting smarter policies closer to home.