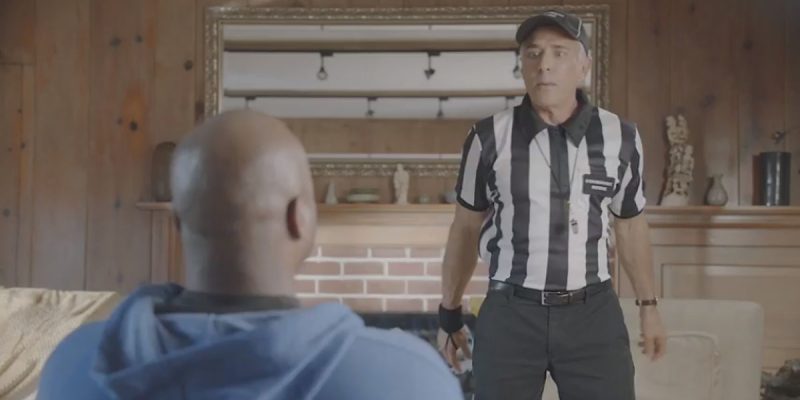 We fully expect the fantasy sports ballot initiative to pass in pretty much all of the state’s parishes, despite the opposition of the Louisiana Family Forum and a few other “anti-gambling” groups, and as we said in our guide to the constitutional amendments yesterday we’d like to see it win.

But the ad the pro-fantasy sports people are running around the state is right up our alley – for reasons far beyond whether DraftKings and FanDuel ought to be operating in the Sportsman’s Paradise. Here’s the ad…

It’s entertaining, for one thing, and the number one rule about Louisiana politics is whatever you do you’d better not be boring. So the ad works on that level, and we expect it’ll be very effective from that standpoint.

But what we like about it is the larger picture.

This is a state which is almost incorrigible in its overregulation of its citizens for stupid reasons. Think about the way Louisiana imposes idiotic and onerous licensing requirements on florists, hair-braiders, interior decorators and other relatively simple professions, and think about all the tickets the cops write on our streets. Think about the complexity of our tax code. And on, and on. The fact that it’s not legal for people to sit on their computer and spend a few bucks on DraftKings in hope of winning a prize when Marcus Mariota happens to have a big game if they happen to live in Westlake rather than West Orange is par for the course.

But what’s sad is this lack of freedom hasn’t really motivated the state’s voters to fix it. Not for a long time. In fact, if anything Louisianans seem to like it. Listen to local talk radio and you’ll commonly hear the tired “there oughta be a law!” refrain from callers who bitch about this or that, and everybody agrees. That’s not an environment lending itself to a responsible electorate interested in restraining the government from overreach.

But this ad speaks to that in a way which maybe, just maybe, might get people thinking about the issue. Entertain the folks and you might win their hearts and minds over to the idea that more freedom and less government, particularly when the government involved is as objectively incompetent as ours is, will make us better off.

We’re not talking about a revolution here. We’re talking baby steps. But anything that gets the conversation going and results in people being willing to shrink the size and scope of government in the state, we definitely like. And because of that, we’re all about a “yes” vote on the fantasy sports ballot initiative.

Interested in more national news? We've got you covered! See More National News
Previous Article Even CNN Is Worried About A Non-Existent Blue Wave
Next Article Louisiana Is Missing Out On The Trump Economic Boom, And It’s Time We Held Someone Responsible