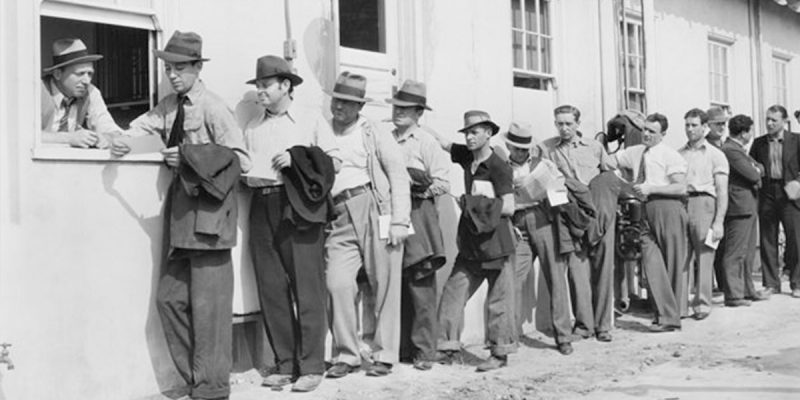 The September jobs release from the Bureau of Labor Statistics didn’t get a lot of press in Louisiana when it came out last week, and that’s largely an indictment of the news media in this state. It’s no particular secret that Gov. John Bel Edwards enjoys seemingly non-stop embarrassingly fawning media coverage, and that doesn’t just extend to praise for things he does – what’s more egregious is the lack of coverage of his failings.

And the state’s pathetic economic performance is perhaps the number one example.

First, here’s what it looks like when things are going well…

Florida and Texas, according to data released today by the Bureau of Labor Statistics, not only led the nation in the number of nonfarm jobs they added in the year running from September 2017 to September 2018 but also added the greatest number of jobs to their states in any September-to-September period on record.

And then there’s Louisiana.

We’re worse off than any of our neighbors, other than Georgia (only 0.2 percent job growth). We’re a total disaster. And this is despite the fact Louisiana is undergoing a sizable industrial capital expansion, or at least the tail end of one that began under the previous governor and doesn’t really appear to be sustaining itself – the newest round of plant constructions and expansions all seem to be headed for Texas, not here.

How bad does this have to get before Louisiana’s media stops pretending the state’s leadership is competent and doing a good job and starts holding John Bel Edwards accountable for his economic record? They sure couldn’t contain themselves over the fact Edwards was upset like everybody else in the state over the bogus targeting call on Devin White – how about his performance with respect to things which are actually his job?

Or do we not have any expectations in that regard?

Edwards jumped in earlier this month to take a bunch of credit for some real estate deal negotiated by Jefferson Parish officials to maybe put Avondale Shipyards back into commerce. Hopefully that deal will actually result in something. But real economic growth doesn’t come courtesy of ribbon-cuttings a governor can pleasure himself with. It happens because small companies – lots of them – get bigger.

And none of that is happening in Louisiana. The economy here is all but dead, and the numbers show it. It’s dead here while it’s positively roaring in Texas and Florida.

Edwards has been governor for almost three years. When does this awful performance attach itself to him?

Interested in more news from Louisiana? We've got you covered! See More Louisiana News
Previous Article The Fantasy Sports Ad Is The Best Thing Going In Louisiana This Election Season
Next Article APPEL: Education Policy Can Only Take You So Far…