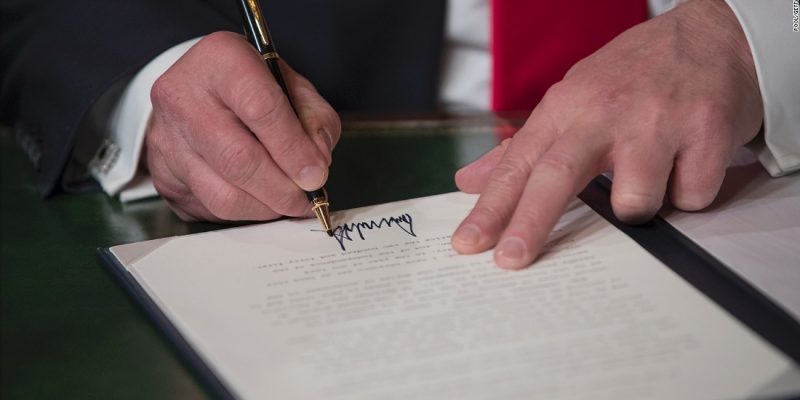 Healthcare costs have risen substantially over the years in the United States. Americans continue to become more unhealthy, corporate profit margins dictate prices, and questionable policies have arguably exacerbated the financial burden of healthcare on the average citizen. This struggle is not going away anytime soon, but perhaps the heavy load will be lightened slightly by the president’s recent action. President Trump signed bills on Wednesday to help fight the high costs of pharmaceuticals.

“President Trump took a step on Wednesday to keep customers from overpaying for prescription drugs,” Fox Business reports. “Insurers will no longer be able to keep pharmacists from telling consumers when paying cash would be cheaper than using insurance for their prescriptions.”

Up until this point, pharmacists were prohibited from informing consumers the most financially viable method to purchase the drugs they need. These “gag rules” have been highly criticized as unethical and taking advantage of patients who need these drugs for the betterment of their health. The two bills signed removes these “gag rules” and looks out for the interest of the Americans.

“One bill applies to private health insurance and the other to Medicare,” notes Fox Business. “The measures keeps health plans or middlemen that manage pharmacy benefits from getting in between pharmacists and their customers.”

“Pharmacists had been contractually prohibited from telling consumers when they would actually save money by not using their insurance plans,” making the health of Americans subject to the greed of big Pharma. Trump has long said prescription drug prices are too high, commenting on how the very same drugs are cheaper in many other developed countries. These two bills are certainly a step in the right direction, as patients now have the right to know how to pay the lowest price.

Trump’s highly critical stance towards pharmaceutical prices in the states make it difficult to believe his efforts will stop here. However, any further action may be down a bit more difficult political terrain. Until that time, patients may rest assured they will no longer be taken advantage of financially when it comes to the drugs they need.