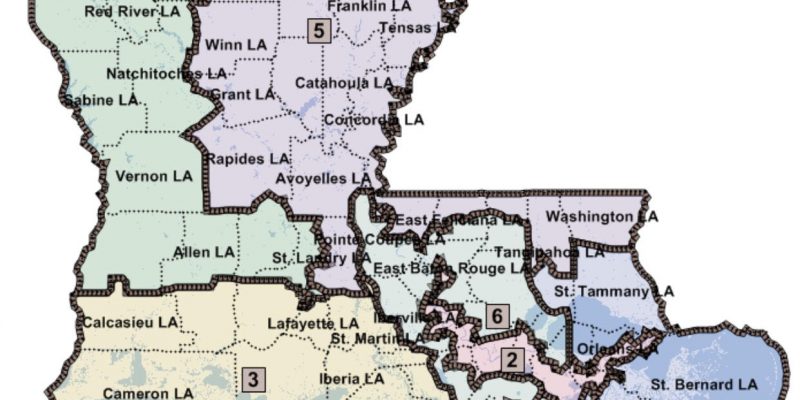 With less than a week to go until midterm elections, Louisiana’s congressional race is drawing to a close.
Here’s an updated briefing on recent happenings regarding each candidate’s campaigns and activity.

District 1 Candidates
– Lee Ann Dugas (D) of Kenner: Dugas made an appearance at a women’s forum at Tulane in recent weeks. Champions women’s rights and Kennedy-era liberalism.
– Jim Francis (D) of Covington: Among the more active congressional candidates, Francis has raised $36,887 in campaign funds and has spent $17,820, as of June 2018. Francis visited the coastal region of his district to view the effects of coastal erosion, then took to Facebook to claim that current congressman Steve Scalise has never visited the area, just one comment in a long list of anti-Scalise sentiments coloring his campaign. He did take the time to denounce political violence when questioned about it on social media but criticized Scalise’s tweets about the matter with the mindset that republicans are just as dangerous for the country. In more recent days, Francis has taken to expressing his favorable attitude toward marijuana legislation and gun control.
– Howard Kearney (L) of Mandeville: Kearney has placed a heavy emphasis on government overreach in Louisiana and aims to lessen congressional influence over the region.
– Tammy Savoie (D) of New Orleans: Savoie, an Afghanistan veteran, was deemed by the New Orleans Democrats ‘the first viable candidate to defeat Steve Scalise’.
– Incumbent Steve Scalise (R) of Jefferson: Majority Whip Scalise has made various appearances around south Louisiana in recent weeks, running a somewhat cultural campaign, showing off Louisiana’s cuisine, music, and so forth with his national spotlight. Scalise has made anti-political violence advocacy a staple in his career and campaign, recently putting out various social media statements as civil unrest spikes in America. Scalise endorsed Justice Brett Kavanaugh’s appointment to the Supreme Court and has raised a total of $4,152,801 in his campaign.
– Belden “Noonie Man” Batiste (I) of New Orleans: Batiste is an independent candidate promising to end corruption and the political machine. Previously a democrat, he was disqualified from the representative election in 2017 for failure to file state income taxes. In March, Batiste shared an article on his facebook page entitled ‘U.S. owes black people reparations for a history of racial terrorism, says U.N. panel’.
– Incumbent Cedric Richmond (D) of New Orleans: In September, an op-ed was written depicting resistance within the federal government. Edmonds took to twitter to admit that he was the author, and that President Trump need not launch an investigation into it.
– Shawndra Rodriguez (no party) of Baton Rouge: She’s running on a strictly pro-constitution platform and is anti-left (pro-life, pro free markets, and so forth) in her platform.
– Jesse Schmidt (no party) of Gretna: Schmidt is a volunteer firefighter and business owner cynical of the two major parties, instead vowing to serve the interests of the people rather than parties.
District 3 Candidates
– Rob Anderson (D) of DeQuincy: He’s placed a recent focus on bank corruption and fiscal disadvantages of senior citizens.
– Aaron Andrus (L) of Westlake: Andrus’ campaign focuses primarily on debt; he made jabs via Facebook at Clay Higgins for his record regarding spending and fiscal disregard.
– Josh Guillory (R) of Lafayette: Guillory places an emphasis on conservative principles and fiscal responsibility.
– Incumbent Clay Higgins (R) of Port Barre: Higgins has appeared on panels hosted by organizations such as LABI with other republican incumbents, discussing business policy in Louisiana. He has placed an emphasis on businesses and industries within the state and has been an enthusiastic supporter of President Trump.
– Mimi Methvin (D) of Lafayette: She has made recent appearances at city council meetings and universities to speak. Methvin places a value on equality in all forms, namely fiscal equality (universal income, healthcare, and so forth), which are the promises underscored in her campaign.
– Larry Rader (D) of New Iberia: Emphasis on higher minimum wages, equal pay, and jobs.
– Verone Thomas (D) of Lake Charles: Thomas’ campaign promises are universal healthcare, free 2-year college tuition, equal pay for women, environmental protection of Louisiana’s coasts, anti-mass incarceration, and infrastructure improvements.

District 4 Candidates
– Mark Halverson (no party) of Bossier City: His Facebook includes a post calling for the removal of Columbus Day as a national holiday.
– Incumbent Mike Johnson (R) of Benton: Johnson is the incumbent and has tackled issues such as tax reform and jobs throughout the course of his career.
– Ryan Trundle (D) of Shreveport: Trundle is a democrat who supported Bernie Sanders in 2016. His platform consists of social and economic liberalism.

District 5 Candidates
– Incumbent Ralph Abraham (R) of Alto: In the past, Abraham was rumored to have considered a gubernatorial run. His activity in recent weeks consists of supporting Brett Kavanaugh and continued to vocally support principles such as pro-life and economic reform.
– Billy Burkette (I) of Slaughter: Burkette is an independent with a right-wing sway, championing agriculture and various conservative principles.
– Jessee Carlton (D) of Loranger: Carlton is a millennial candidate, running on the hopes of changing the fact that his district is the state’s poorest.
– Kyle Randol (L) of Monroe: An avid voluntaryist, Randol is running on the libertarian ticket for district 5, emphasizing individual liberty and reduction of government power in his campaign.

District 6 Candidates
– Justin Dewitt (D) of Baton Rouge: Dewitt, in his campaign to dethrone Garret Graves, recently challenged Graves to a debate, to which the incumbent has yet to respond. When Dewitt asked Graves about it in person, he did not receive a response. His platform consists of basic democratic principles and he has vocally opposed nearly every republican congressman in their actions, most often Garret Graves.
– Devin Graham (I) of Gonzales: Graham’s platform runs on the notion that republican and democrat interests have plenty of representation in the state, and it’s time for Louisiana citizens to have representation, shirking any affiliation with either major party.
– Incumbent Garret Graves (R) of Baton Rouge: Incumbent Graves has placed an emphasis on infrastructure improvements and government transparency in the recent course of his career. He has made appearances at a plethora of events in recent weeks, including university forums, radio shows, and interest group events.
– Andie Saizan (D) of Springfield: Saizan champions fiscal equality (universal healthcare, equal pay, affordable income). She attributes the reason for her running to her daughter running to her in tears after the Parkland shooting earlier this year.

Interested in more national news? We've got you covered! See More National News
Previous Article Are You In The Least Bit Surprised That The Environmental Activists Protesting The Bayou Bridge Pipeline Are Litterbugs?
Next Article If You’re Not Suitably Fired Up For The LSU-Alabama War Coming On Saturday, We Can Fix That…